Sometime in 2016, just as the Polish singer and producer Tobiasz Biliński began to find success through the dim and fractured electropop of Coldair, he knew it was time for a radical change. The songs on The Provider, Coldair’s much-lauded second album, had been an exorcism of sorts. Laced with songs about early death, chronic disappointment, and clouded minds, the record was, as he puts it now, his earnest attempt to “get all this old shit out.” That mission accomplished, he needed something new, a restart—the unabashedly radiant and unapologetically complex pop of Perfect Son, delivered in 10 perfect shots on Biliński’s Sub Pop debut, Cast.

In the past, Biliński’s music has flirted with and explored the darkness, first in a sort of Transatlantic freak-folk and then with the gothic refractions of Coldair. But on Cast, Perfect Son steps boldly into the light without sloughing off emotional weight or depth. With powerful, sweeping production that recalls the best pop beats of Matthew Dear and arcing melodies that conjure the majesty of Jonathan Meiburg, Perfect Son animates sensations of lust, belonging, and newfound trust with tumescent electronic arrangements that threaten the safety of any sound system.

On opener “Reel Me,” his soft falsetto floats through a Steve Reich-like pulse and above an ominous guitar, as he describes the feeling of a soul lost in the wilderness and doubting his own humanity. But the drums and the bass stir him awake, giving him a sense of vitality and belonging: “I’m finally aware,” he confesses, eyes brightened. “And fearing things.” During the thunderous “It’s For Life,” Biliński wraps his voice around a world of enormous drums, pounded piano, and blown-out bass. “It’s all right/It’s for life,” the newly married singer offers in the instantaneous chorus.

Biliński doesn’t forsake the heavier things here. The haunted “Old Desires” battles latent demons, soundtracked by howling synthesizers and harmonies that seem to hang in the distance like ghosts. The sweeping closer “Almost Mine” is a candid confession of pain and a frank acknowledgment that, one day, even the relationships that give us strength and purpose will crumble. Biliński sings about falls throughout Cast but also about picking yourself back up, about pressing on despite or perhaps because of the bruises. In the process, he is lifted by music that feels unabashedly motivational, built to remind us that the best times are hopefully to come.

Perfect Son, it should be said, is Sub Pop’s first Polish artist, the result of an extended interest in Biliński’s work and the country itself from label co-founder Jonathan Poneman. Several years ago, Biliński applied to play at South by Southwest with his first band Kyst, and a friend linked him with a native Pole who agreed to show him around Austin. The guide turned out to be former Polish radio journalist Lenka Panak, who convinced Poneman to see the band. He was impressed, eventually signing Biliński’s Coldair project to a publishing deal. “I bugged him about releasing my stuff constantly,” Biliński admits with a laugh. “And I guess he admired my persistence.”

When Cast was finally finished, Poneman didn’t need more convincing. These songs, after all, are magnetic, with the searching harmonies and deep drums of “Promises” and the rhythmic intricacy and serial synths of “Wax” pulling you close on first listen and holding you there for the foreseeable future. These songs and this story are about the power of human perseverance and deliberate reinvention, of knowing that you can confront and come to terms with the darkest angels of your being. Cast is a testament to the possibilities of the future, brilliantly disguised as 10 grandiose and undeniable pop anthems. 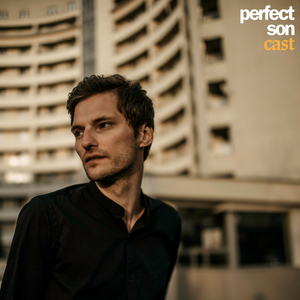