Camae Ayewa (Moor Mother) is a touring musician, poet, and visual artist based in Philadelphia, PA. Since the release of her album Fetish Bones in 2016, Moor Mother has toured throughout the world and has performed live with Nicole Mitchell, Art Ensemble of Chicago, The Bug, and Justin Broadrick, to name a few. As a visual and soundscape artist, her work has been presented at The Kitchen NYC, Metropolitan Museum of Art Chicago, Guggenheim, and the Hirshhorn Gallery. She is the co-founder of Rockers! Philly, an event series and festival focused on marginalized artists, and Black Quantum Futurism Collective, a literary and artistic collaboration with Rasheedah Phillips. In addition to her solo work as Moor Mother, Ayewa is also a vocalist and collaborator in the groups Irreversible Entanglements, 700 Bliss (with DJ Haram), Art Ensemble of Chicago, and Moor/Jewelry (with Mental Jewelry) 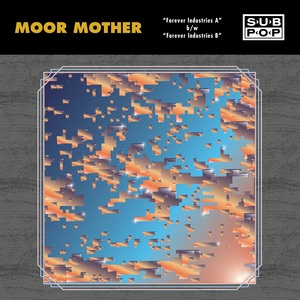