Sculptor can be consumed loud; because while Luluc’s music is at times masterful in it’s minimalism, it is anything but quiet in impact. There’s a before you hear Luluc’s music, and an after—a turning point that affects people with rare force. Janet Weiss of Sleater-Kinney says “it’s music that once you hear it, you can’t live without it”. The National’s Matt Berninger said that for months, Passerby was “the only album I wanted to listen to”. “What first hits is that voice,” writes Peter Blackstock (No Depression),“a peaceful serenity that reaches deep into the heart.” When NPR’s Bob Boilen named 2014’s Passerby his album of the year, he wrote: “I’ve listened to this record by Australia’s Luluc more than any other this year. These songs feel like they’ve always been.”

Sonically, the band have broadened their tonal palette following on from the successful collaboration on Passerby, co-produced with The National’s Aaron Dessner. Multi-instrumentalist, singer and producer Steve Hassett mastered a wider spectrum of instruments to fully realize the album’s expansive and daring vision. Randell and Hassett do nearly all of the writing, recording, and producing themselves, but their vision is far from insular. In addition to Mascis, Sculptor features contributions from several friends including Dessner (shreds on “Kids” and programmed drums on “Heist”) and Jim White of Dirty Three (drums on “Genius”) as well as musicians Matt Eccles (Weyes Blood, Connan Mockasin) on drums and Dave Nelson (The National, Beirut) on horns. Recording took place in Luluc’s new Brooklyn studio, which they built themselves. The new studio is volition and potential in action and even incorporates reclaimed cedar from Dessner’s iconic former Ditmas Park studio, where The National and Luluc had both lived and recorded.

That everyone has control of their own story is at the core of Sculptor. For Hassett, it’s illuminated by the last line of the title track, which is the last line of the record itself: ”‘The most beautiful, serene sculpture my hands could make, could trace, could break’. All of the songs are playing with those ideas,” he says. “Life is something you get, and you can get sidetracked for years and even destroy it, or you can remember that you’ve got some control over your life.” But listeners of Sculptor may yield some of that control, even if for a short time, to the mastery of the music itself. 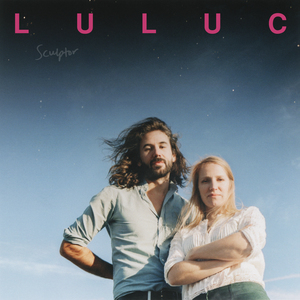