Sculptor will be available worldwide July 13th from Sub Pop, with the exception of Australia and New Zealand from Mistletone

Luluc has shared “Spring,” the beautiful new single and opening track from Sculptor, their forthcoming album. Singer Zoe Randell offers this on the song:  “Broadly speaking, with these new songs I was interested in the difficulties that life can throw at us - what we can do with them, how they can shape us, and what say we have. That potential that is there for everyone, the different lives that are open to us. That’s what I love in Ise’s poem ‘Spring Days and Blossom’ - which form the lyrics to “Spring” - the brimming sense of spring and it’s cycle, the enormity of what’s possible and the beauty.”

Original artwork for track as seen above -> ‘Abundance’ by artist and printmaker Fleur Rendell. Listen here, and on repeat via Spotify or Apple Music. 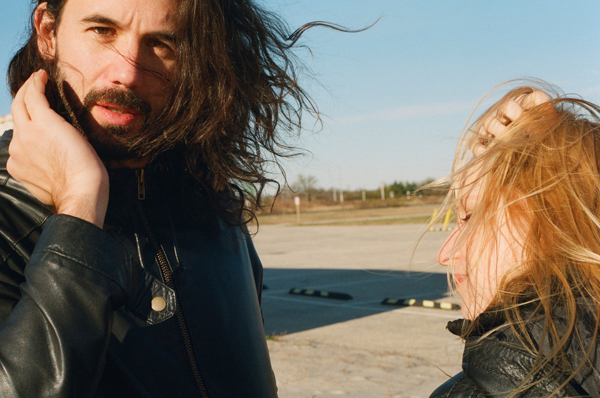 Luluc will release Sculptor, their gorgeous third album worldwide on July 13th from Sub Pop, with the exception of New Zealand and Australia through Mistletone. The new long-player featuring the aforementioned “Spring,” along with “Heist,” and “Kids,” was produced and recorded by Luluc. The album also includes guest appearances from J. Mascis, Aaron Dessner (The National), Jim White (The Dirty Three), Dave Nelson (The National, Beirut) and Matt Eccles (Weyes Blood, Connan Mockasin).

UK Magazine Uncut just named Sculptor its “Album of the Month” (8/10) and said, “Quietly devastating....when Luluc really want your attention they don’t shout, they whisper. The strongest and most assured record of their career. The songs dig deep emotionally – but critically their aesthetics are well-balanced, the voice and instruments perfectly calibrated. While its predecessors had a tendency for introspection, Sculptor is wide open.”  And NPR Music’s Bob Boilen raves, “I can’t stop listening…I’ve waited for years for this record (see All Songs Considered mix, May 29th).”

Sculptor will be available on CD/LP/DL through Sub Pop and Misteltone. Preorders from megamart.subpop.com will receive the limited Loser edition on magenta vinyl. There will also be a new T-shirt design available.