On December 26th, 2018, Emily Cross received an excited email from a friend: Brian Eno was talking about her band on BBC radio. “At first I didn’t think it was real,” she admits. But then she heard a recording: Eno was praising “Black Willow” from Loma’s self-titled debut, a song whose minimal groove and hypnotic refrain seem as much farewell as a manifesto: I make my bed beside the road / I carry a diamond blade / I will not serve you. He said he’d had it on repeat.

And then there’s Brian Eno. Loma invited him to participate in the mantra-like “Homing,” which concludes the album, and sent him stems  to interact with in any way he liked. He never spoke directly with the band, but his completed mix arrived via e-mail late one night, without warning, and they gathered to listen in the converted bedroom Duszynski uses as a control room. “I was a little worried,” says Cross. “What if we didn’t like it?” But it was all they’d hoped for: minimal but enveloping, friendly but enigmatic, as much Loma as Eno—a perfect ending to an album about finding a new home inside an old one.  I am somewhere that you know, Cross sings, above a chorus of her bandmates’ blended voices. I am right behind your eyes. 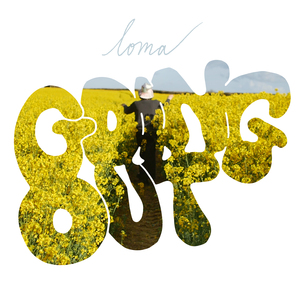