Hunx and His Punx is a West Coast band formed in 2009 by Seth Bogart (aka Hunx) with Shannon Shaw (Shannon & The Clams) and Erin Emslie.  This summer, the band will be releasing a new single on Sub Pop - their first new release since 2013’s full length, “Street Punk”.  The band has been on a hiatus since releasing both “Street Punk” and it’s predecessor “Too Young To Be In Love” on Hardly Art.  Seth spent time to focus on his visual art and his solo music project.  Shannon toured the world and made a solo record and many albums with The Clams.  Erin started a band called Secret Stare.  Now the world looks & feels different. For better and hopefully not worse, Hunx & His Punx are back.

Hear New Sub Pop Singles Club Vol. 7 Contributions From Hunx and His Punx and The Shadracks 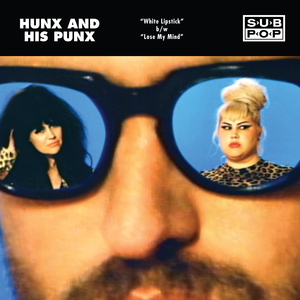