The story of Foals’ second album could not be told without the victories won by the first. One of the strangest, most exotic creatures to have seen the upper realm of the UK album charts this young century (debuting at #3 upon release), Antidotes was a special album. In the idiot clamor of retro guitars, its keen sense of dare and future marked the Oxford quintet out as a band keen to establish their own context: hurtling along on incessant, acrobatic fret-play and cymbals hissing with the bliss of exertion. It won them attention, and the chance to evolve in a space of their own.

Two years on from that impressive introduction, a choice has been made—rather than contort Antidotes’ lissom guitars into ever more elaborate patterns, Total Life Forever is the sound of a band settling into and surveying the decay of old protocols. The restless, woven guitar tattoos of their debut haunt its successor, remembered only in fragments. The pace is less breakneck. Foals have relaxed the formulas and diagrams used to build their early identity and stretch out, instead, in the sad, quiet chaos of rot.

“The band emerged out of a set of rules at the beginning,” explains 23-year-old frontman and guitarist Yannis Philippakis. “Aesthetic parameters—guitar played high and staccato; that whole… schtick, y’know?”

“We and Antidotes were quite self-aware so we’ve tried to regress into a more naive state. To cut away at that conscious thing… A song will just be about expression now. It’ll be more honest.”

The result is a sound as persuasive emotionally as Antidotes was physically. Whereas that album constantly reinforced its own presence by filling the air with yelping and polyrhythm, tracks on TLF such as disarming opener “Blue Blood”, “2 Trees” and the astonishing “Black Gold” are happier to leave gaps for the listener to explore in mind’s ear and eye. In his, Yannis hears Total Life Forever‘s gradual vanishing of old writing and recording methods and sees a decomposing ’whale carcass’—what’s left once the meat disappears? Does beached chest flesh disappear, or is the space between ribs growing larger? Foals strip their sound back and turn themselves inside out searching for that invisible human thing. At times, as on the sweetly nostalgic “This Orient”, it’s as if you can hear the past turning into air.

That space—let’s call it ‘soul’. The beating heart of their operation is less elusive. Over the last couple of years the house Foals share in Oxford’s Jericho suburb has turned into what they describe as “a proper, old school HQ… a centralized power base.” The four-story townhouse is filled routinely by a gaggle of artists, photographers, musicians and friends, and Foals wrote eighty percent of Total Life Forever in the basement of what they’ve christened ‘The House of Supreme Mathematics.’

“Creating your own community and culture has always been the most attractive thing about being in a band to me,” says Yannis. “Our own dynasty. Something happens and it ricochets through this group of people. Oxford’s got its problems, but I don’t think what we’ve done would’ve been possible in a metropolitan center like London.”

Removed from the impatience of the capital, Foals have had time to embed themselves and their music into the walls of their home. An old shower cubicle’s reborn as vocal booth. Walls are daubed in giddy ink. Lyrics are written alone in the basement at midnight rather than scrawled at the last-minute as something to shout at wasted house show crowds. There’s a privacy to Total Life Forever that would’ve been impossible to recreate elsewhere, witnessed in their singer’s throat’s new-found vulnerability—perhaps the most startling symptom of Foals’ evolution.

“I feel like I’m wearing less masks with my lyrics now,” Yannis, who really does sing on this record, admits. “Before I felt secure behind cryptic images—I liked stuff that didn’t show me to myself, but on this record I tried to express things with more truth.”

Listen to the intro of emotional center-piece “Spanish Sahara” and you’ll hear a man prepared to spell out thoughts, feelings and an anxiety about the future that Antidotes’ twitchy, staccato guitars could only hint at. As such, Total Life Forever feels like a honing in on something. A purification. It’s a better suit for Yannis, whose natural charisma and candor seep into those spaces vacated by guitars that previously vied with him for Foals’ reigns.

Recorded in Gothenburg with former Clor man Luke Smith, Total Life Forever finds Foals more at ease with each other as musicians, but more anxious for their own youth and mortality. Lyrics are informed by American futurist Raymond Kurzweil’s unsettling vision of ‘The Singularity’—the next stage in our evolution that will see humans replaced by AI as the most capable life forms on earth. The album’s title is a reference to Kurzweil’s post-biological human, a melding of man and machine with brains as vast as galaxies and eternal life—what happens to human achievement when death dies?

Lyrically, there are further fascinations with geographical and ancestral dislocation (Yannis has a Greek father and a Jewish, South African mother) and the mighty, Icarean fall from grace of Mike Tyson—“The idea that you have somebody who is above normal human achievement and then is just seen as… refuse,” explains Yannis. “What’s fascinating about Tyson is his awareness of it—he’s self-aware, articulate, but living in the fucking whale carcass of his own achievement.”

Singing rather than shouting, emotional as well as functional, Foals’ soul-search reveals new antidotes found in infinite, internal spaces rather than carved violently upon the air—Total Life Forever feels more the work of artists than artisans. It’s a triumph that they’ve managed to remain a band of progress and propulsion while investigating that vast, dark space lurking inside themselves—that gap between ribs where “nature, or god or whatever you wanna call it, will come in.”

Atlanta Band Omni Sign To Sub Pop For The World! New Singles Club Tracks “Delicacy” And “I Don’t Dance” Out Now In DSPs 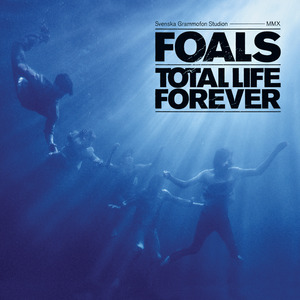