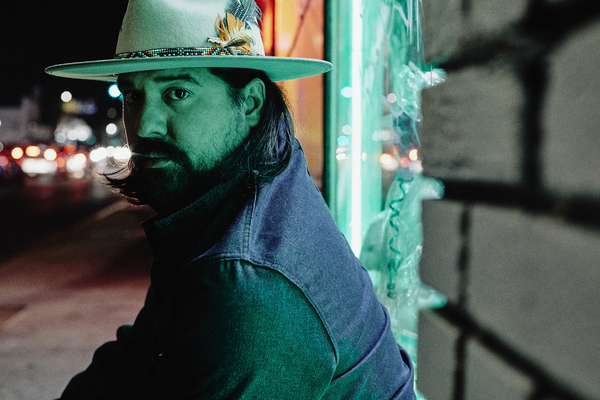 Man Man has extended his first headlining tour in support of Dream Hunting in the Valley of the In-Between, the group’s wonderful Sub Pop debut and acclaimed album of 2020. The touring spans Wednesday, June 22nd in Omaha at the Waiting Room through Friday, October 21st in Phoenix at Rebel Lounge. The newly added October dates includes stops in Arizona (Flagstaff), Oklahoma (Oklahoma City, Kansas), New Mexico (Albuquerque), and Texas (Fort Worth, Houston, and Austin). Tickets for the October shows are on sale now.

Like many others, Man Man’s initial touring for the album was canceled in 2020 due to the pandemic, and these shows will be the first time to see these “cacophonous…theatrical pop songs” (Rolling Stone) performed live.

What people are saying about Man Man’s Dream Hunting in the Valley of the In-Between:

“It makes sense that Ryan Kattner of Man Man would release his best album to date during a pandemic. His band persona, Honus Honus, is perpetually down on his luck — bizarre and lovelorn, lonely and insane — haunted. In short, he’s all of us right now.” ★★★★ Rolling Stone

“In times as chaotic as these, Man Man provides a restless soundtrack to match.” - Exclaim!

“Based on “Cloud Nein” and this [“Future Peg”], it looks like Man Man are picking up where they left off with all the mood-lifting horns and fantastical vocal harmonies you could want.” -Consequence Of Sound

“Honus Honus—a.k.a. Ryan Kattner—is back with his freewheeling off-kilter pop group Man Man, and possibly its most accessible record yet. As eclectic as ever, the sprawling mix of horns, keys, percussion, guitars, and more remains a half-step away from sounding like the most unusual cabaret act in modern times.” - The AV Club

“The songs are served well by more polished production, tunes like “On the Mend” and album standout “Future Peg” molding the band’s unbridled energy into pop structures that would sit well on commercial FM rock radio playlists. The melodies are clear and neatly presented without neutering the group’s signature chaos or adventurous arrangements.” - All Music

“Revives the band’s wry sense of the grotesque, juxtaposed with joyfully unhinged and happily unpredictable music. Dream Hunting is full of other fun musical allusions — to the cartoon soundtracks of Carl Stallings, to Caribbean carnival music, to David Bowie’s “Let’s Dance” — and the melodies are more accessible and the hooks more overt than in the past. Lyrically, the songs are bleak, full of breakups and meltdowns, broken dreams and maladies. The contrast is cathartic, and Man Man’s return is a treat.” - Philadelphia Inquirer

“Dream Hunting in the Valley of the In-Between has the feel of a quality thrift store, with lots of unusual pieces in great condition. It also provides the same kind of fun surprises as you wade deeper into the album. Man Man has always had theatrical elements but here those elements feel much closer to the surface, if not ready to burst through, then at least enjoying their time in the in-between of the more familiar tracks (8.5/10)” - Northern Transmissions

“The piano-based songs carry elements of jazz and rock, with Kattner’s keen ear for sing-along melodies matched only by his desire to attack such melodies with unexpected bursts of bedlam. Those tumultuous bursts, occurring frequently and usually without warning, are part of what makes Dream Hunting in the Valley of the In-Between so exciting, with no dull moments even over 17 tracks of content.” - Glide Magazine

Dream Hunting in the Valley of the In-Between is ultimately an enjoyable record from a unique band. - Under the Radar