“Pain Without a Touch” is the first new music from Sweeping Promises, after the 2020 release of their astonishing, acclaimed debut album Hunger for a Way Out, and their first release for Sub Pop Records. Sub Pop and Feel It Records (who released Hunger for a Way Out, and shepherded the LP through its nine pressings to date) are partnering on the urgent new single, out digitally today from Feel It in North America and Sub Pop for the rest of the world.

The band, led by Lira Mondal and Caufield Schnug with live touring drummer Spenser Gralia, are also sharing new, European tour dates for 2022 which begin May 18th in Antwerp, BE at Het Bos and currently end June 11th in Mannheim, DE at Maifeld Derby.

There are a few US performances preceding the UK/EU tour including Wednesday, February 23rd in Nashville at Third Man Records (Blue Room) and Thursday, February 24th in Bloomington, IN at The Bishop. All headline shows on sale Friday, November 19th at 10 am (local). Full tour dates are as follows…

NPR Music says of Sweeping Promises’ debut Hunger for a Way Out, “Sometimes the best pop songs stick to the basics: no muss, no fuss. With the Sweeping Promises, they add some fuzz. The same way the Pixies wrote pop songs with a nasty sheen, this Boston post-punk band dirties up earwormy melodies with a lo-fi charm. You can play spot the influence all over this debut: Young Marble Giants here, Kleenex/LiLiPUT there, some B-52s and Blondie for good measure. Lira Mondal has a voice that leaps and bounds with the enthusiasm of a bedroom performance, hairbrush in hand. But mostly you can hear a band dream out loud, and, as the album title suggests, Hunger for a Way Out.”

NME adds, “At a desolate intersection of post-punk and new wave stands Boston-based revivalists Sweeping Promises, with a debut album custom-built for jangly lo-fi apologists with angular discord and indie-pop fizz. Hunger for a Way Out comes into a world in which Debbie Harry is a style icon for the Stranger Things-generation and once-underground Belarusian punks Molchat Doma are on TikTok. There’s a new cross-appeal for this riff-ready rock with eyes in its back, both lo-fi but searingly tight and well-produced, anthemic and experimental.”

More on Sweeping Promises
Thirteen years ago, Caufield and Lira began making music in a small town in Arkansas. Over the subsequent decade, having relocated to Boston in 2012, the duo became serial band-starters on the East Coast underground. Their many DIY projects and releases established their thrifty and disciplined songwriting practice, known by few.

Sweeping Promises was born in a disused and reverberant concrete laboratory in Cambridge, MA. Tracked with a self-devised “single-mic technique” and mixed in mono, the band completed their debut Hunger for a Way Out just in time to enter quarantine.

With only a single basement show under their belt, the band received an unexpectedly wide reception, firstly in online punk circles, and eventually stretching beyond. The band owes their circulation to the expert coordination of Sam Richardson, label head of Virginia’s Feel It Records. Sam describes the release: “Angular guitars and sharp synth notes float atop a raw rhythm section, while Lira Mondal’s effervescent vocals truly define Sweeping Promises’ sound.” 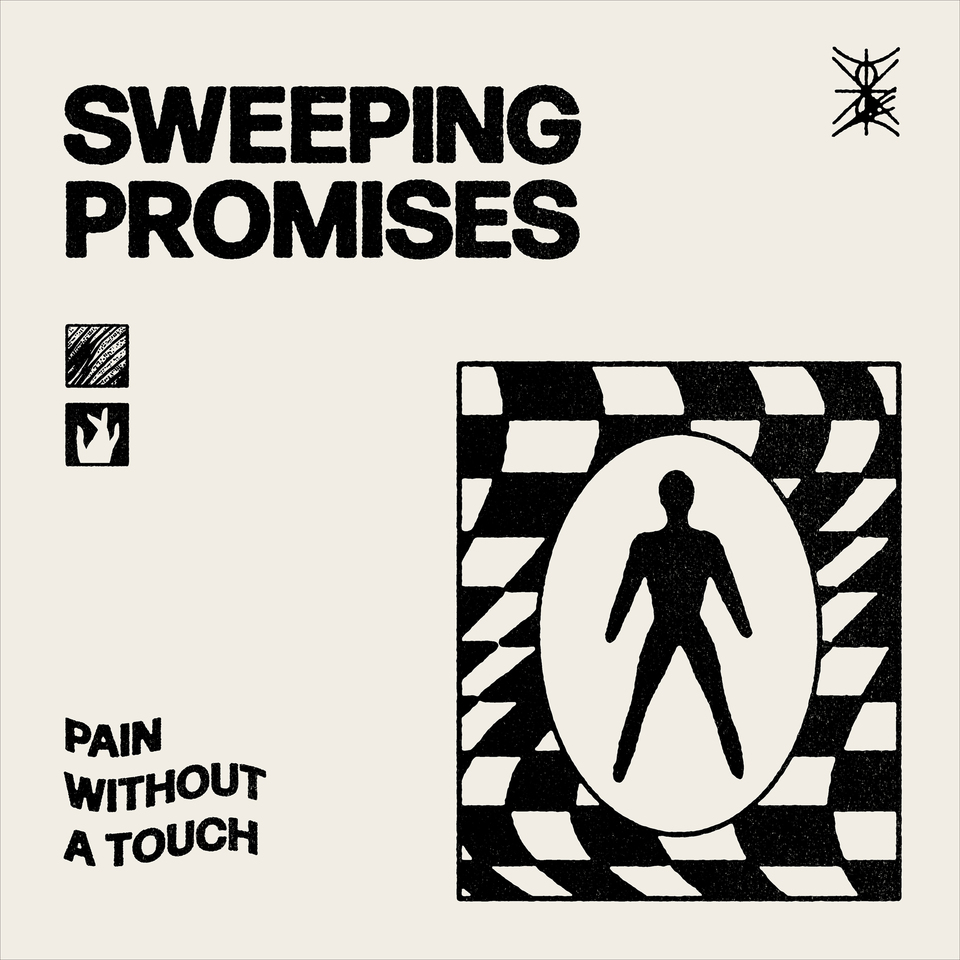