Today, Flock of Dimes (aka Jenn Wasner) is sharing the official video for “Hard Way,” directed by Lachlan Turczan. “Hard Way” is another standout from Wasner’s second solo LP, Head of Roses, an album that showcases her ability to embrace new levels of vulnerability, honesty and openness, combined with the self-assuredness that comes with a decade-plus career as a songwriter, producer, multi-instrumentalist and prolific collaborator.

In the video – which was shot in Joshua Tree, CA, outside in the freezing dark on a windy winter’s night – Wasner’s face acts as a canvas for an array of pulsing patterns of light. It turns something as straightforward as a first-person delivery into something deeper and more disorienting than it first appears.

Wasner says of the song, “Although I didn’t fully understand when I wrote it, this song is an example of the power of the subconscious mind to hide truths from ourselves that we’re not yet ready to see. When I wrote this song I was still in the throes of new love, and I thought I was writing a straightforward, earnest love song. But when I tried to record it, something about the tone of it was eerie, strange, a bit darker than I would have expected. It wasn’t until long after I wrote it that I became aware of its odd foreshadowing of what was to come—that something I intended to be bright and hopeful in the moment was floating on top of a deep current of unease.”

Head of Roses, and singles “Two” and “Price of Blue,” have seen praise from outlets like The Guardian, who say, “Her solo album out in April is superb. This sweetly shuffling [“Two”] is so rich in charm.”  The New York Times had this to say, ‘Can I be one? Can we be two?’ Jenn Wasner asks on her stirring new single…‘Two’ is driven by an irregular beat, as if to mirror the hesitant questioning of its lyrics. Even when she’s being somber or ruminative, Wasner has a touch of gallows humor, as when she muses memorably, ‘We’re all just wearing bodies like a costume til we die.’” Stereogum offers this, “Between the restrained LIke So Much Desire EP last year and the bubbly, infectious ‘Two,’ the lead single from her forthcoming album Head of Roses, it’s become clear that Flock Of Dimes has room for whatever songs Wasner wants to write and whatever stories she wants to tell. So that brings us to “Price of Blue,” a breakup reckoning that finds Wasner tapping into the autumnal, reflective rock sound that’s always been such a mesmerizing side of her songwriting.” Meanwhile, PASTE calls “Price of Blue” a “six-minute masterpiece of psychedelic guitar riffs and haunting vocal…,” and Guitar World raves, “Jenn Wasner is a bewitching guitarist… Head of Roses will find Wasner elevating her already otherworldly playing to new heights.”

Flock of Dimes’ Head of Roses, which features “Two,” “Price of Blue,” “Hard Way,” and “One More Hour,” will be available on CD/CS/DSPs on April 2nd, 2021, and on LP April 30th, 2021. The album was produced by Nick Sanborn (Sylvan Esso) and Wasner at Betty’s in Chapel Hill, NC, engineered by Bella Blasko with additional engineering by Sanborn, mixed by Ari Picker and Blasko, and mastered by Huntley Miller. The album features appearances from guitarist Meg Duffy, Bon Iver’s Matt McCaughan, Wye Oak’s Andy Stack, and Landlady’s Adam Schatz. Head of Roses follows the release of Like So Much Desire, her acclaimed digital EP released June 2020 on Sub Pop.

Head of Roses is available for preorder through Sub Pop. LP preorders through megamart.subpop.com, and select independent retailers in North America will receive the limited Loser edition on peach swirl vinyl (while supplies last). LP preorders in the U.K. and in Europe will receive the Loser edition on Magenta vinyl (while supplies last).

What people are saying about Flock of Dimes:
“Not only a sonic delight, but a lyrical treasure trove full of personal truths that strike a universal chord.” [“Two”] - Beats Per Minute

“A project that ups the ante in her musical complexity… The impact is hypnotic.”  [“Two”] -  CLASH

“Wasner sounds stunning here as she sways between swaths of keys and bursts of tone.”  [‘Two”]  - Closed Captioned

“A bright, gauzy song awash in clarity and the desire for connection” [‘Two”] -  Indy Week

“…Her robust delivery is accompanied by lush meadows of harmonies.” [“Price of Blue”] - Consequence of Sound

“She digs deep and takes you on the journey through a sound as immense as it is engaging.” [“Price of Blue”] - Closed Captioned

“‘Price of Blue’ sees Wasner’s dreamy vocals on a pivot toward a more rock-oriented sound compared to “Two”. This six-minute composition sees Flock of Dimes at her most vulnerable, over a distorted guitar, including an impressive guitar solo.” [“Price of Blue”] - MXDWN

“‘…Be ready to keep this one on repeat as you absorb its intensity and brilliance.”  [“Price of Blue”] - The Revue 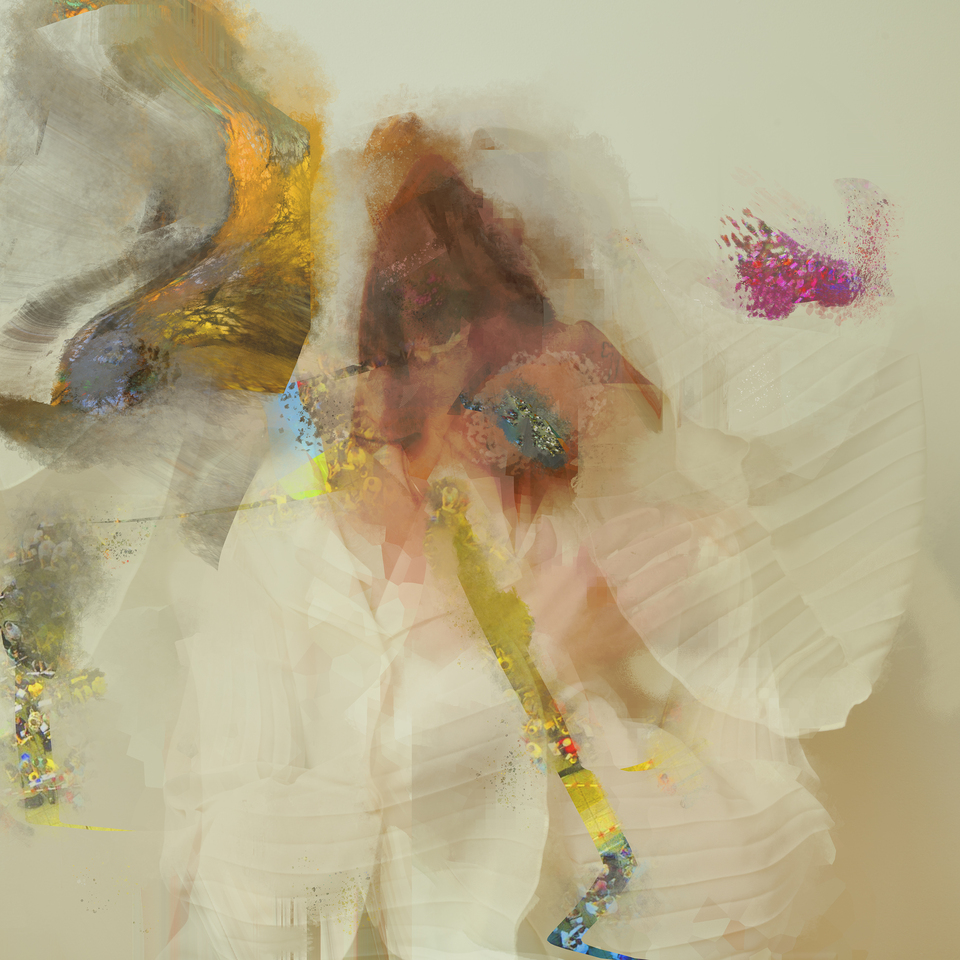