Today, Japanese quartet CHAI are thrilled to announce their new album, WINK, out May 21st on Sub Pop. Ahead of its release, they present lead single/video “ACTION.” Their third full-length and first for Sub Pop, WINK contains CHAI’s mellowest and most minimal music, and also their most affecting and exciting songwriting by far. WINK is a fitting title then: a subtle but bold gesture. A wink is an unselfconscious act of conviction, or as CHAI puts it: “A person who winks is a person with a pure heart, who lives with flexibility, who does what they want. A person who winks is a person who is free.” YUUKI noted that “With this album, we’re winking at you. We’re living freely and we hope that when you listen, you can wink and live freely, too.” 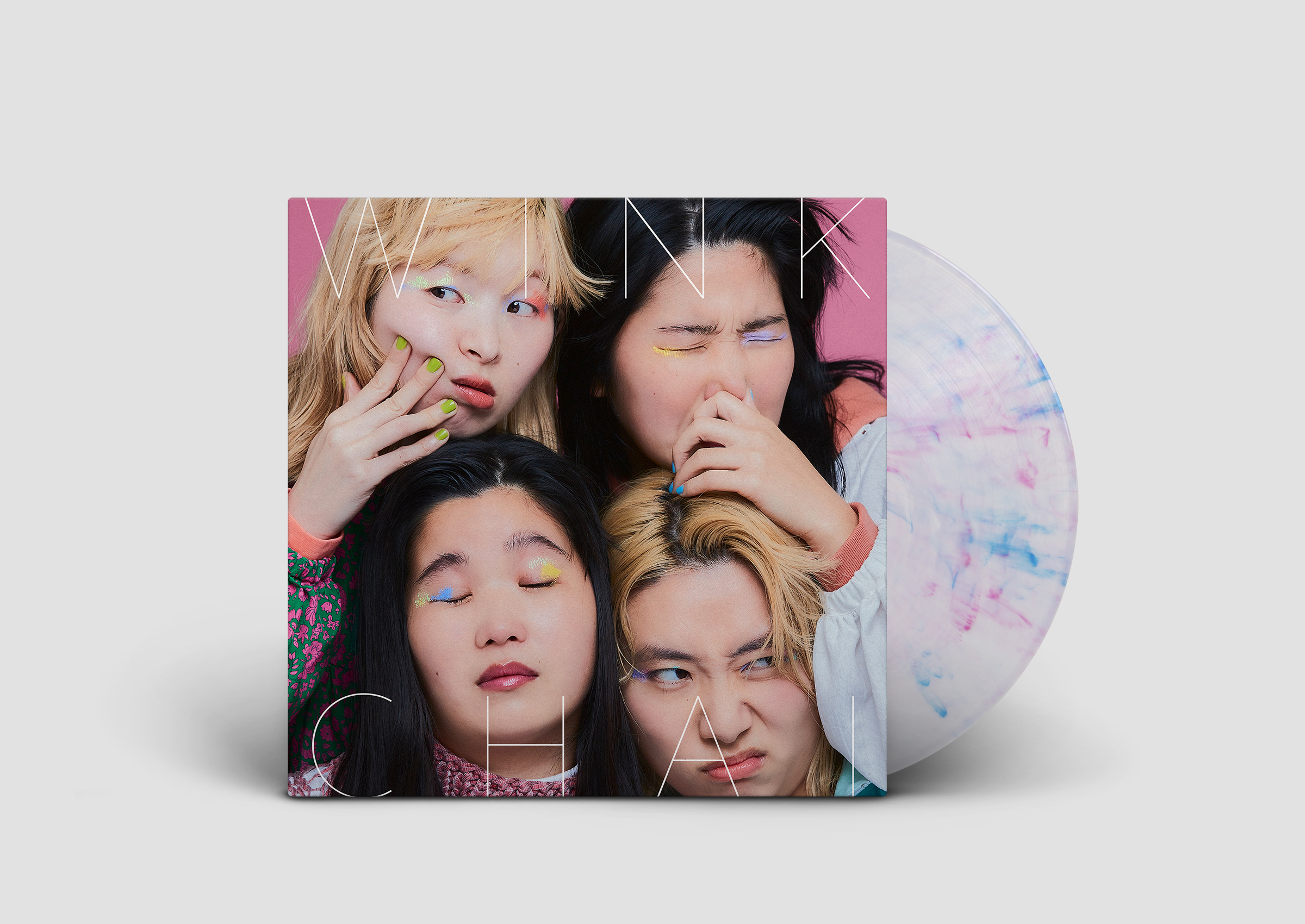 WINK is now available to preorder from Sub Pop. LPs purchased through megamart.subpop.com, and select independent retailers in North America will receive the limited Loser edition on colored vinyl (while supplies last).

CHAI is made up of identical twins MANA (lead vocals and keys) and KANA (guitar), drummer YUNA, and bassist-lyricist YUUKI. Following the release of 2019’s PUNK, CHAI’s adventures took them around the world, playing their high-energy and buoyant shows at  music festivals like Primavera Sound and Pitchfork Music Festival, and touring with indie-rock mainstays like Whitney and Mac DeMarco. Like all musicians, CHAI spent 2020 forced to rethink the fabric of their work and lives. But CHAI took this as an opportunity to shake up their process and bring their music somewhere thrillingly new. Having previously used their maximalist recordings to capture the exuberance of their live shows, with the audiences’ reactions in mind, CHAI instead focused on crafting the slightly-subtler and more introspective kinds of songs they enjoy listening to at home—where, for the first time, they recorded all of the music. Amidst the global shutdown, CHAI worked on Garageband and traded their song ideas—which they had more time than ever to consider—over Zoom and phone calls, turning their limitations into a strength.

While the band leaned into a more personal sound, WINK is also the first CHAI album to feature contributions from outside producers (Mndsgn, YMCK) as well as a feature from Chicago rapper-singer Ric Wilson. CHAI draw R&B and hip-hop into their mix (Mac Miller, the Internet, and Brockhampton were on their minds) of dance-punk and pop-rock, all while remaining undeniably CHAI. Whether in relation to this newfound sense of openness or their at-home ways of composing, the theme of WINK is to challenge yourself.

Lead single “ACTION” was a response to watching the Black Lives Matter protests unfold across America and the world in June of 2020 while the band was in Japan.

“Seeing how the world came together during the protests really moved me,” said YUUKI. “I wanted to dedicate that song to the year of action.” The band further elaborates: “The world as we know it has changed,  but even with that, it’s still a world where nothing really changes. Wouldn’t it be wonderful if there more ACTION rooted in happiness? Be the change that you want to see!…I’m going to be the pioneer in seeing the world I want to see, meeting the people I want to meet! We start off by expressing the fun in ACTION with this music video♡ Why don’t you join us?! It’s that type of song♡.”

CHAI came to see WINK—with its home-y feel—as a collection where each song is like a new friend, something comforting to rely on and reach out to, as the album was for them throughout 2020. This impulse towards connection is in WINK’s title, too. After the “i” of PINK and the “u” of PUNK—which represented the band’s act of introducing themselves, and then of centering their audiences—they have come full circle with the “we” of WINK. It signals CHAI’s relationship with the outside world, an embrace of profound togetherness. Through music, as CHAI said, “we are all coming together.” In that act of opening themselves up, CHAI grew into their best work: “This album showed us, we’re ready to do more.”

6. Nobody Knows We Are Fun