Lael Neale directs and stars in the official video for “Blue Vein,” the lead single from her forthcoming album Acquainted With Night, out February 19th, 2021 on LP*/CD/DL/CS worldwide through Sub Pop.

“Blue Vein” is her personal anthem. A Paul Revere piece. Galloping through the town as a strident declamation. Neale offers this, “I wrote it around New Year’s Eve and it felt like a resolution.”  Indeed, it is an amalgam of thoughts, concerns, and lessons as she nearly speaks the words, unmasked by flourishes, ensuring the meaning cuts through. In the final verse she states that, “some say the truth springs for reservoir seekers, but I think the truth sings to whoever listens” thereby establishing herself as the proverbial carrier pigeon delivering a message.

Acquainted With Night features ten tracks, and includes the previously released standouts “Every Star Shivers in the Dark” and “For No One For Now.” The album was composed and arranged by Neale, produced and mixed by Guy Blakeslee, and mastered by Chris Coady.

Uncut calls the album, “A thing of shimmering beauty, led by Neale’s otherworldly voice with its shades of Vashti Bunyan and Julia Holter.”

Acquainted with Night is now available for preorder through Sub Pop. LPs purchased through megamart.subpop.com, select independent retailers in North America, in the U.K. and in Europe will receive the album on white vinyl (while supplies last). *Please note: Due to production issues online LP orders will not ship out in time for release date (exact date TBD). 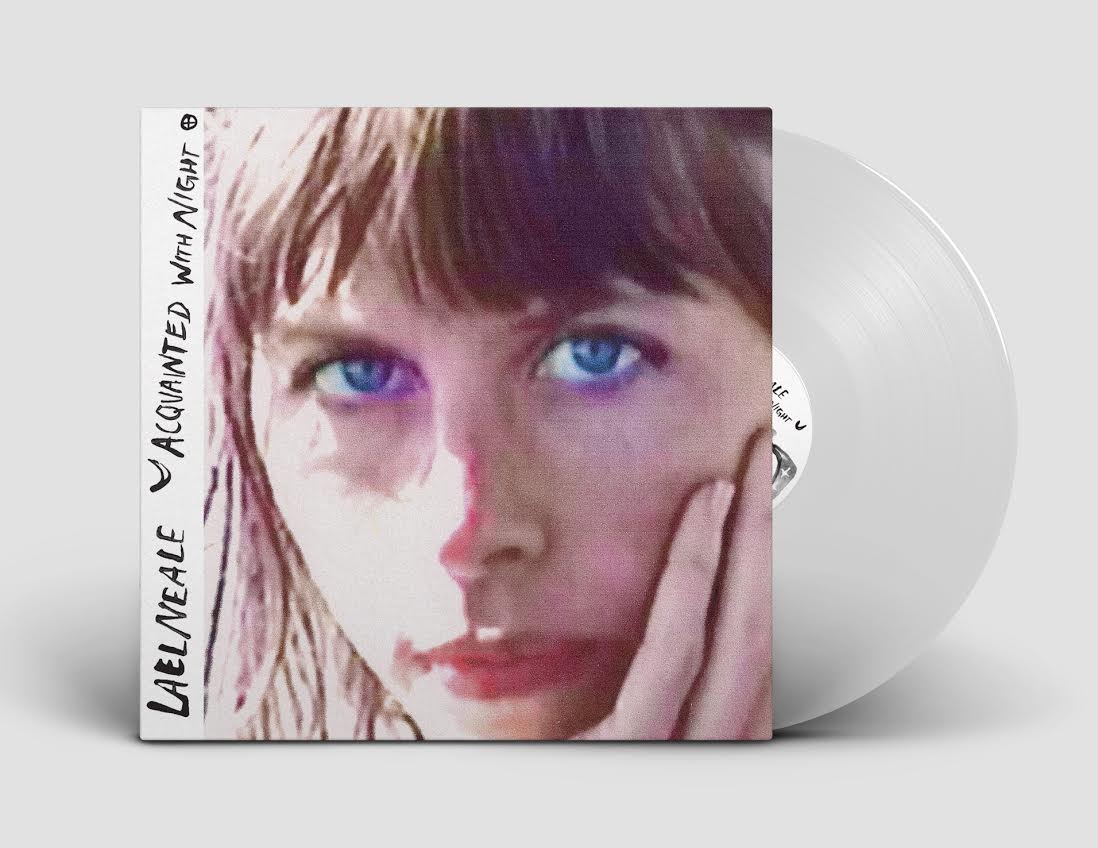 What people are saying about Lael Neale:
“…Like Mazzy Star with an Omnichord.” [“Every Star…”] - Uncut

“The grandeur of the organ tones, joined by a tinny drum machine, give it a similar feel to Beach House’s more recent albums.”  [“Every Star Shivers in the Dark”] - Brooklyn Vegan

“Against a beat and organ based tones, Neale belts the vocals out like she’s singing to anyone who will listen. Her voice echoes like a ringing bell or alarm, the simplicity of the song’s structure works with her voice as the catalyst.”  [“Every Star Shivers in the Dark”] - Closed Captioned

“…Lael taps into something universal, city or country, that we all long for, connection…and if you find the time to listen to Lael’s music, you’ll find plenty to love as well.”[ “Every Star Shivers in the Dark”/“Five Things We Liked This Week”] - For the Rabbits

“‘Every Star Shivers in the Dark’ is far more reflective in its delivery, there is an undeniably optimistic undertone and a dreaminess liberally sprinkled throughout. It brings a crescendo of twinkling key changes at the end of the track which linger long in the mind like the last rays of sunshine on the perfect Summer day.” - Still Listening

“Neale impressed us with ‘Every Star Shivers In The Dark,’…she’s back with another new track, the entrancing “For No One For Now.’ Like Neale’s prior single, this one is minimal and reflective while maintaining a strong backbeat. But rather than build to a cathartic breakthrough, ‘For No One For Now’ lingers in the unresolved tension, less a song than an atmosphere to exist inside.” - Stereogum

“‘For No One For Now’ is deceptively simple and strangely haunting and hypnotic.” [#1/ “Song of the Week”] - Under the Radar

More on Acquainted With Night:
It is the simple thing that is so hard to do. This is the paradox that musician Lael Neale has lived within throughout her development as an artist. It is the reason she became enthralled with poetry. Poems are a distillation. Lael says, “this challenge to winnow away what is unessential is the most maddening and, ultimately, rewarding part of writing a song.”

Lael’s new album Acquainted with Night is a testament to this poetic devotion. Stripped of any extraneous word or sound, the songs are lit by Lael’s crystalline voice which lays on a lush bed of Omnichord. The collection touches on themes that have been thread into her work for years: isolation, mortality, yearning, and reaching ever toward the transcendent experience.

Lael grew up on a farm in rural Virginia, but for nearly 10 years called Los Angeles home.  Those years were spent developing her songwriting and performing in venues across the city, but the right way to record the songs proved more elusive. She worked with countless musicians, producers and collaborators, making entire records and eventually stowing them away. She says, “Every time I reached the end of recording, I felt the songs had been stripped of their vitality in the process of layering drums, bass, guitar, violin and organ over them. They felt weighed down.”

Despite endless frustration she never resigned and in a moment of illumination the most obvious solution presented itself: do the simple thing. In early 2019, in the midst of major transition, she acquired a new instrument, the Omnichord, and began recording a deluge of emerging songs with the intention to capture them in their truest form. Guy Blakeslee, who had been an advocate for years, facilitated the process by setting up the cassette recorder in her bedroom and providing empathic guidance, subtle yet affecting accompaniment and engineering prowess. Limited to only 4-tracks and first takes, Lael had to surrender some of her perfectionism to deliver the songs in their essence.

The first song she recorded was “For No One For Now” which calls to mind the agitated beat of driving fast on the freeway against the backdrop of the San Fernando Valley with its bent palms.  Lael explains, “I’ve always loved these stretches of road where the magic of the city seems hemmed in by the mundane.” The song contrasts romantic idealizations with the banality of folding sheets and toasting bread. It highlights her oft-thwarted attempts to enjoy the day to day while her mind wanders off toward the dream, the ideal. “We almost lost this one because we had this complex method of listening back on a boombox since the rewind button didn’t work on the recorder. I accidentally recorded over a part of it so we were stuck with the first mix in all its imperfection. This was the thrilling element of recording in this way.”

On the other hand, recording “Every Star Shivers in the Dark” took a bit more time. She notes, “it was written so quickly that I needed to let it sink in, get to know it through many attempts at capturing the feeling I had at its inception.” Los Angeles is a player on this album and this song is an ode to the sprawling city, the outskirts of Eden. One can envision her walking from Dodgers Stadium to downtown, observing strangers and her own strangeness but determined to find communion with others.

Lael returned to her family farm back in April 2020 and has taken advantage of the limitations imposed by this period. She re-discovered her Sony Handycam from high school and is using it to make impressionistic companion pieces to the songs she recorded in Los Angeles. She continues, “I am enjoying the strong contrast between the songs I wrote and recorded in California and the videos I am making for them in Virginia. It offers something unexpected.”

The lo-fi quality of the films certainly suits the tone of the album. Guy comments, “an idea that was floating around in our conversations before and during the process was ‘lost tapes’ - and I think these recordings feel like such an artifact - a sonic portrait of a season of a life, a sacred tape made in private by an artist at the peak of creative power and rediscovered by chance for the ages.”

Normally a morning person, Lael recorded most of these songs in the early darkening evening and so became Acquainted with Night. 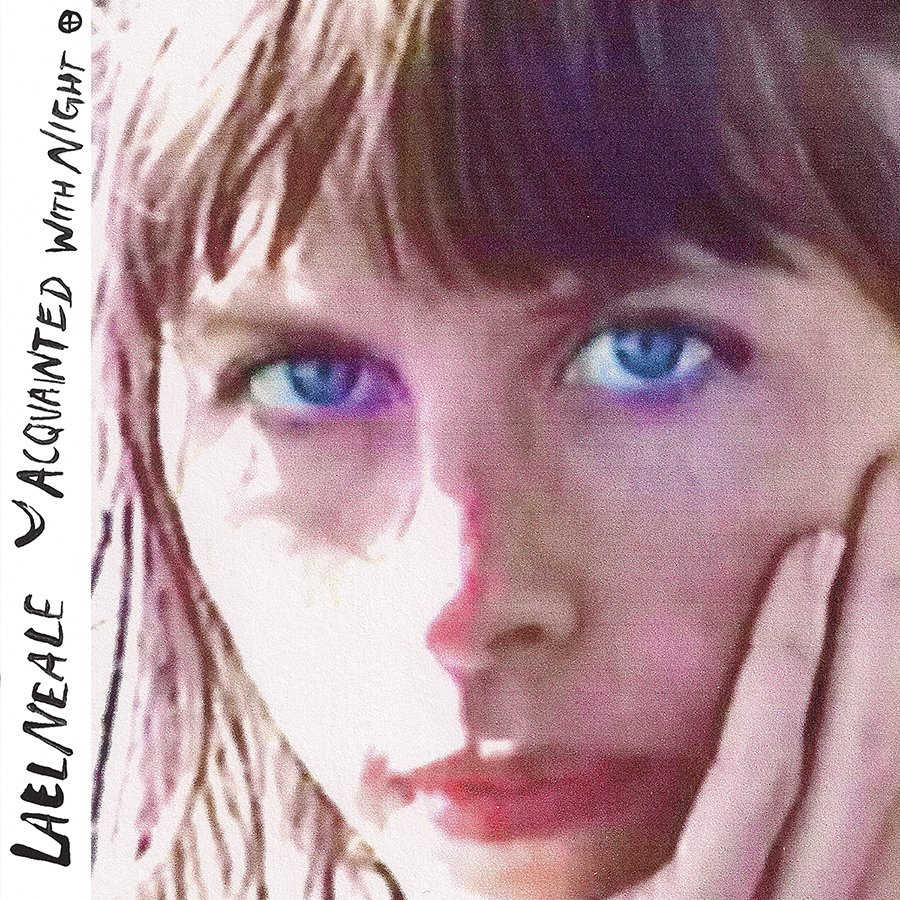 2. Every Star Shivers in the Dark

9. Let Me Live by the Side of the Road