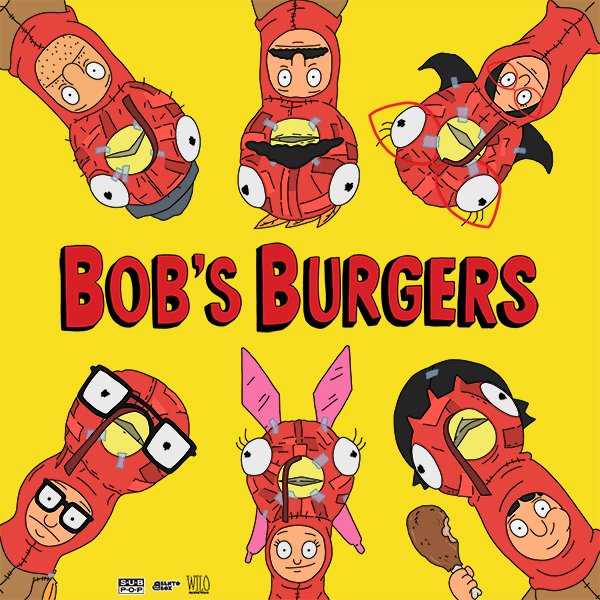 Bob’s Burgers Thanksgiving
Tracklisting
1. Gravy Boat
2. You’ve Got The Guts
3. Saving The Bird
4. Give It To Teddy
5. Kill The Turkey 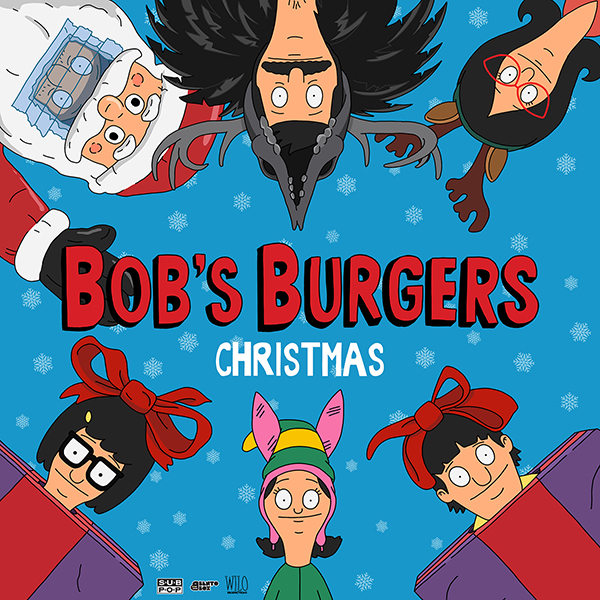 Next Friday, November 27th, Bob’s Burgers Christmas will be released which features ten songs including “Twinkly Lights,” “Christmas Of My Dreams” and “The Bleaken.”

Bob’s Burgers Christmas
Tracklisting
1. Christmas of My Dreams
2. Teddy’s Bleaken Story
3. The Bleaken
4. Art Song
5. O Christmas Tree
6. The Bleaken Reprise
7. Do You Hear What I Hear?
8. Twinkly Lights
9. Snowballs and Sledding
10. You Can’t Spell Christmas Without Us

Sub Pop Records has gathered together these fan-favorite holiday musical moments from seasons one through eleven so you can enjoy them with your own burger family.  Produced by the series creator and executive producer Loren Bouchard’s Wilo Productions in partnership with Bento Box Entertainment, with Sub Pop licensing the rights from 20th Television.

Fans know that music is more than just a condiment to Bob’s.  With a combination of silliness and heartfelt emotion, the music of Bob’s Burgers is part of the meat of the thing itself.  So put these holiday sound burgers in your mouth-ears and enjoy!