Lael Neale is sharing an official video for new single “For No One For Now,” an uptempo lament set in Didion’s Los Angeles. The disco drum track of the Omnichord calls to mind the agitated beat of driving fast on the freeway against the backdrop of the San Fernando Valley with its bent palms. Lael offers this, “I’ve always loved these stretches of road where the magic of the city seems hemmed in by the mundane.” The song contrasts romantic idealizations with the banality of folding sheets and toasting bread. “For No One For Now” is available worldwide on all DSPs from Sub Pop.

Lael grew up on a farm in Virginia among acres of clouds, fields, and woods. It was writing and writers close to nature - Ralph Waldo Emerson, John Steinbeck, and Mary Oliver - that she most connected with. In 2009, she moved to California with a rising devotion to music and for nearly 10 years has called Los Angeles home.  She worked with countless musicians, producers and collaborators, making entire records and eventually stowing them away. Despite endless frustration, she never resigned.  After discovering a new instrument, the Omnichord, she experienced a moment of illumination and began recording a deluge of emerging songs with the intention to capture them in their truest form.  She remarks, “Guy Blakeslee who had been an advocate for years facilitated the process. He set up a cassette 4-track in my bedroom and provided empathic guidance, subtle yet affecting accompaniment, and engineering prowess.”

She returned to her family farm back in April 2020 and has taken advantage of the limitations imposed by this period. She resurrected her old Sony Handycam from high school and is using it to make impressionistic companion pieces to the songs she recorded in Los Angeles.

She continues, “I am enjoying the strong contrast between the songs I wrote and recorded in California and the videos I am making for them in Virginia. It offers something unexpected.” In this installment, starry-eyed fantasy is cut with dull reality and a touch of the otherworldly.  It is at once dreamy and creepy. The sweetness is skinned by subtle humor as she pokes fun at her own romanticism. 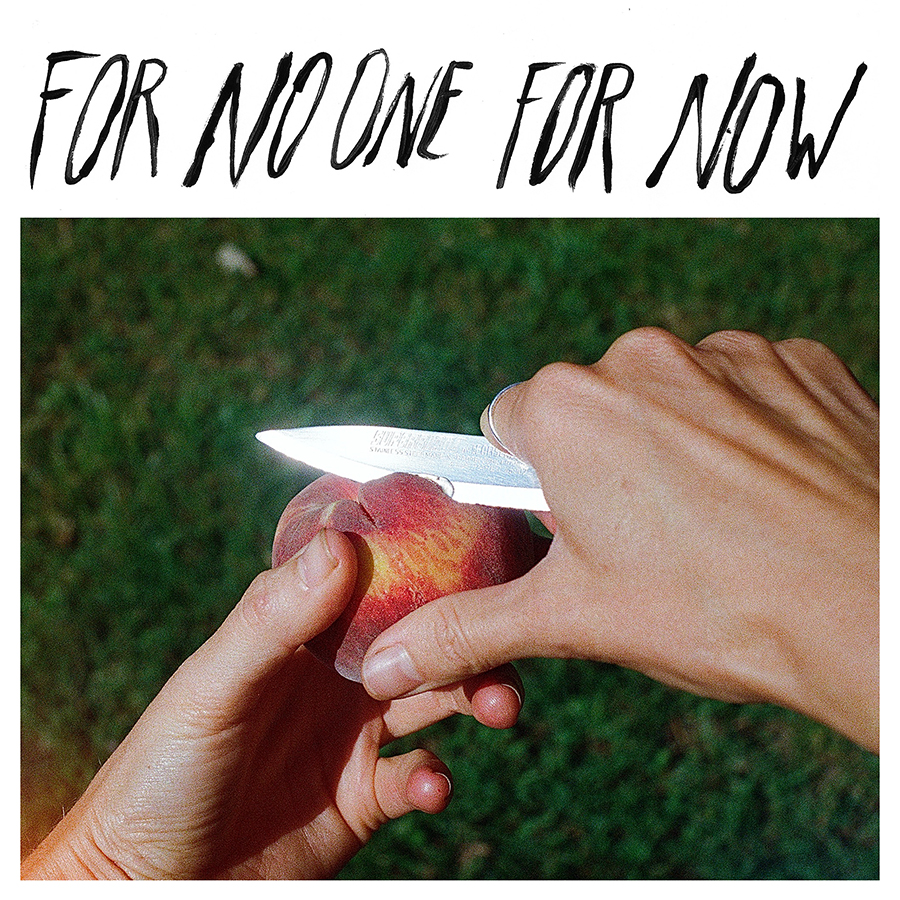 Lael Neale
“For No One For Now”
Single Artwork