In December of  2019 Hot Snakes self-released a very limited-edition 7”, which they sold only at shows on their UK tour that month. The a-side to this single is the excellent track “Checkmate” (which was digitally released on all DSPs by Sub Pop last year). “Not in Time,” the exclusive b-side to that single has been unavailable anywhere but that very rare 7” UNTIL NOW!

On Friday, September 4th, “Not in Time” will be available to purchase from the Hot Snakes Bandcamp page at Pay-Whatever-the-Hell-You-Want pricing for that one day only (as part of Bandcamp’s ongoing monthly fundraisers to generate needed funds for artists currently unable to tour). And, to really make a whole, big THING out of the special, limited-time-only release of this digital single, we’re proud to present a new video for the track, which was directed by Jessica Kourkounis (who, pssssst, is Hot Snakes’ own Jason Kourkounis’ sister!).

“This video started with a basic idea I had, which was, wouldn’t it be funny to see a bunch of skater dudes try and shred with extra-long arms” says Kourkounis. “I have a bit of an obsession with homemade-looking costumes. So I hit up my friend Brian Emig to see if he would help me find the guys and film them. The rest happened pretty organically. We just went out and did it mostly. I also wanted to somehow include a visual of the band so I asked Rick to draw their heads so I could print them on blotter paper to help move the story forward. To great relief, it all worked out.” To further great relief, you can watch this video now by clicking here. 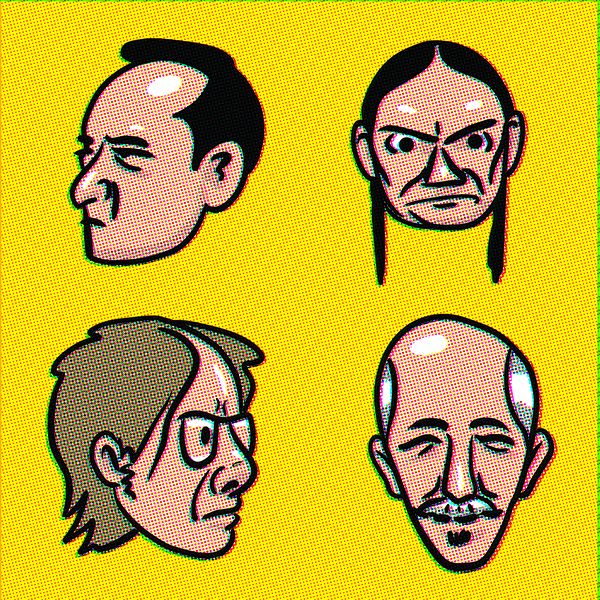 [Not in Time track art by Hot Snakes’ own Rick Froberg]