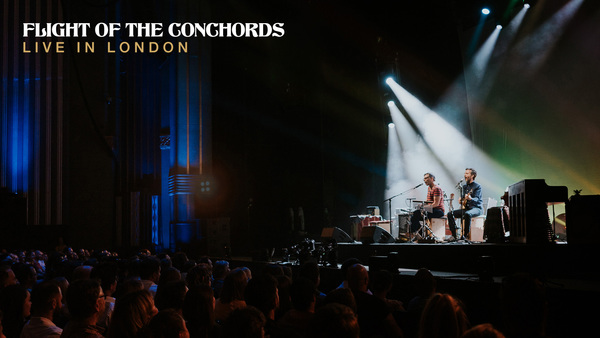 Flight of the Conchords newest offering Live in London is available now on 2xCD/3xLP/DL/CS worldwide via Sub Pop.

This past October and ten years after the launch of their hit HBO series, musical comedians Bret McKenzie and Jemaine Clement returned to the network for an all-new comedy special. Live in London was taped before a live audience at the Eventim Apollo and features the Conchords performing new songs from the sold-out UK and Ireland edition of “Flight of the Conchords Sing Flight of the Conchords Tour.”

The Live in London album features 7 new songs including the “Iain and Deanna,” “Father and Son,” “Summer of 1353,” “Stana,” “Seagull,” “Back on the Road,” and “Bus Driver.” The album also features performances of fan favorites “Carol Brown,” “Inner City Pressure,” “Bowie,” “Foux du Fafa,” “Mutha’uckas - Hurt Feelings,” “Robots,” and “The Most Beautiful Girl (In The Room)’ (the latter two bonus tracks edited out of the broadcast due to time constraints). 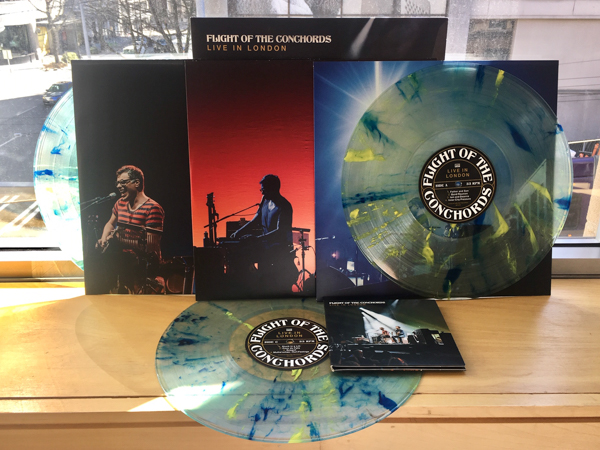 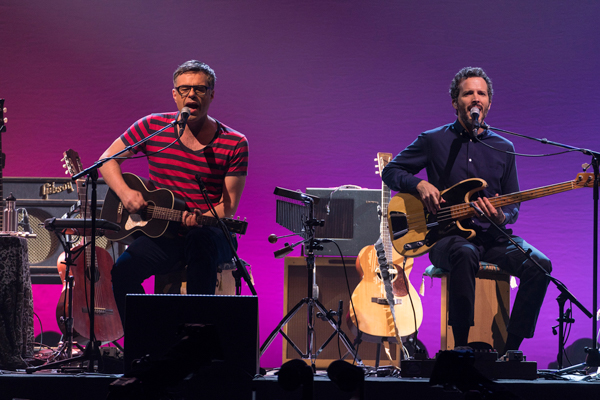 NPR Music says of Live in London, “Deeply fun and endearing, Live in London provides a showcase for Flight of the Conchords at its members’ most irreverent — a couple of guys content to crack jokes, jam out and share the results with the masses.” Exclaim, in its 8/10 review, offered this, “With hits old and new, and plenty of the charming banter that have endeared Clement and McKenzie to audiences across the world for decades, Live in London is the definitive audio version of the Flight of the Conchords experience.”

*Not dragons were harmed in the procurement of aforementioned dragon tears.