ATTENTION RECORD NERDS AND MUSIC FANS! We are now taking subscriptions for the fourth – and, who knows, perhaps the best! – incarnation of the legendary Sub Pop Singles Club.

Are you desperate to hear new and exciting music? Do you pine for exquisitely packaged, colored-vinyl artifacts? Do you break into a sweat at the thought of missing out on limited-edition tchotchkes to hold over your friends’ heads? Well, subscribe now and feed your need!

For the eminently reasonable postpaid (meaning shipping is included in the price; tax is not) price of $130 for the U.S., $170 for Canada, $185 for Mexico, and $195 for the rest of the world, you will receive twelve (12) 7” singles, shipped directly from Sub Pop HQ in Seattle to you, starting in April of 2019. These singles will feature exclusive tracks by artists from all over the map, both literally and figuratively, but tied together by the common thread of being great at what they do and inspiring to us. We hope you’ll feel the same. This offer is valid for a limited time only, so don’t sleep on it [subscribe here]. 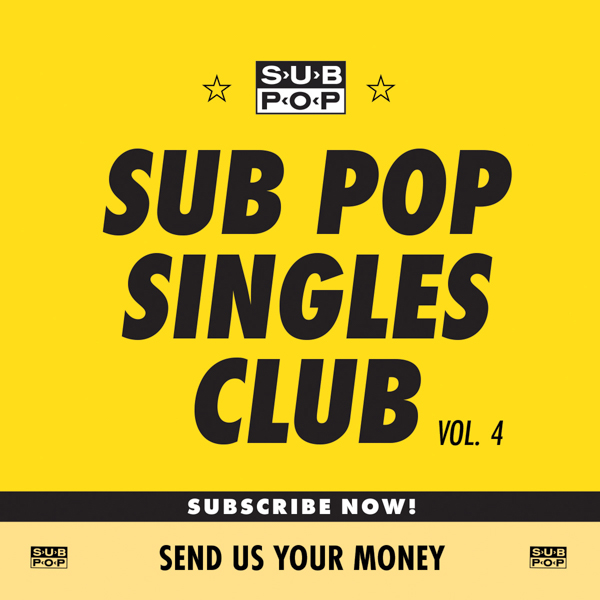 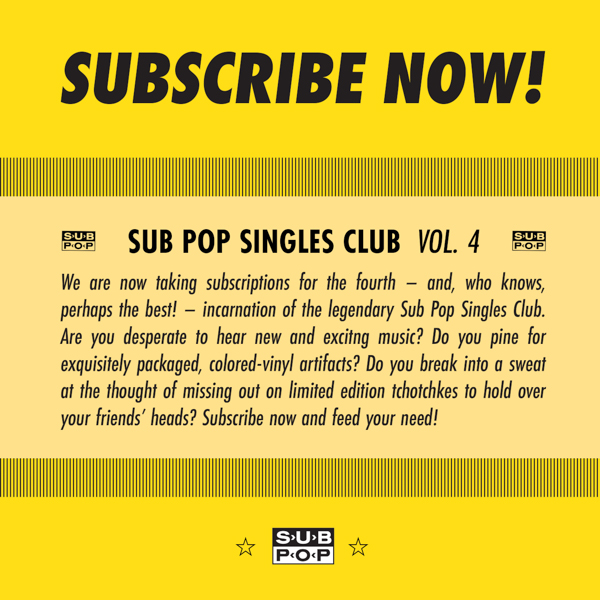