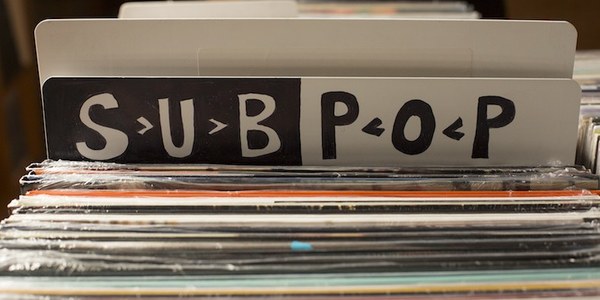 Our friends at KEXP came up with a pretty epic 30th birthday gift… and it starts today! KEXP will be honoring every Sub Pop catalog release, in chronological order, over the coming months.

Read on for details…

via KEXP:  SEATTLE, March 8, 2018 – Legendary independent record label Sub Pop will turn 30 years old this year, and Seattle-based public broadcaster and arts organization KEXP will pay tribute to the label with a four-month retrospective. With over 1,200 releases, the station is planning to honor every single catalog number in the history of the Seattle based label. The tribute will wrap up in time for Sub Pop’s 30th anniversary concert at Alki Beach in West Seattle this August.

“Sub Pop and KEXP go back a long way,” said KEXP Chief Content Officer Kevin Cole. “Our histories are intimately connected - we certainly wouldn’t be who we are without the amazing music and incredible community that Sub Pop has helped to create here in Seattle. Sub Pop is family to KEXP.”

Sub Pop co-founders Bruce Pavitt and Jonathan Poneman each had a show on KEXP’s predecessor, KCMU, prior to the formation of the label. Pavitt’s show - Sub Pop USA -  focused on celebrating artists and releases on independent regional labels, while Poneman was one of the first hosts of Audioasis, the local music program that still airs weekly on KEXP. Mark Arm of Sub Pop bands Mudhoney and Green River, and Soundgarden’s Kim Thayil had shows on KCMU, as did Charles Peterson, well-known for capturing iconic photographs of the nascent Seattle grunge scene on behalf of the label.

“Bruce Pavitt and I both had air shifts at the former KCMU. KEXP is sort of KCMU unchained, except that the present KEXP air staff have been trained, get paid and drink fancier coffee,” said Jonathan Poneman.  “KCMU and Sub Pop Records both began as a pastime for music hobbyists who liked to stay indoors and play records. It’s been our good fortune to have successfully nurtured a reciprocal relationship with our hometown, Seattle: by providing great music to our community, people support it and listen.”

According to an account on HistoryLink, Poneman and Pavitt were first introduced to Nirvana as KCMU DJs, through a demo tape they received from producer Jack Endino. The tape was enough to get the band its first-ever radio airplay for demo versions of ‘Floyd the Barber’ and ‘Paper Cuts,’ songs which would show up over a year later on Bleach. After Sub Pop released Nirvana’s first official single, ‘Love Buzz’, in 1988, Kurt Cobain personally gave a copy to KCMU, and then sat in his car with the radio tuned to the station. When the DJ didn’t put the record on immediately, Cobain found a pay phone and called the station to request it himself.

“Bands were very aware of the role KCMU was playing in helping them out,” said Soundgarden’s Kim Thayil in an oral history of KCMU/KEXP published in CityArts Magazine in 2015. “KCMU was a networking hub for that seminal Seattle scene, Sub Pop and what came to be known as grunge, though I hate that word. It pivoted around KCMU.”

To this day, a strong connection remains. In 2013, KEXP helped celebrate Sub Pop’s 25th Anniversary with a live broadcast of Sub Pop artists performing on top of the Space Needle.

“We probably play more artists from Sub Pop than any other label,” said KEXP’s John Richards, host of The Morning Show on KEXP. “And that’s not necessarily on purpose, or because we feel like we need to play their music - it’s just that good, and their catalog is that deep. Every DJ on KEXP picks their own music, and with Sub Pop, there’s an amazing breadth and variety of killer releases to choose from.”

“Over the past 30 years Sub Pop has been home to the era-defining rock of Nirvana, Soundgarden and Mudhoney and the label has also had the privilege of releasing music from artists like Shabazz Palaces, whose art is endlessly expansive and whose creativity is unparalleled,” said Sub Pop CEO Megan Jasper. “We are so proud to work with so many musicians whose songs have changed our moods, our culture and us as individuals. And we can’t wait to learn what the next 30 years will bring!”

KEXP is a music-focused nonprofit arts organization serving music lovers and artists through in-person, broadcast, and online music programming. KEXP operates one of the most influential listener-supported music radio stations in the country, KEXP-FM, Seattle. More than 200,000 listeners from around the world tune in to the station each week over the air and online. On KEXP’s YouTube channel, videos of exclusive in-studio performances garner more than 2.4 million views per week. KEXP produces hundreds of live performances and music events each year, many of which are open to public audiences at no charge. More information at kexp.org.