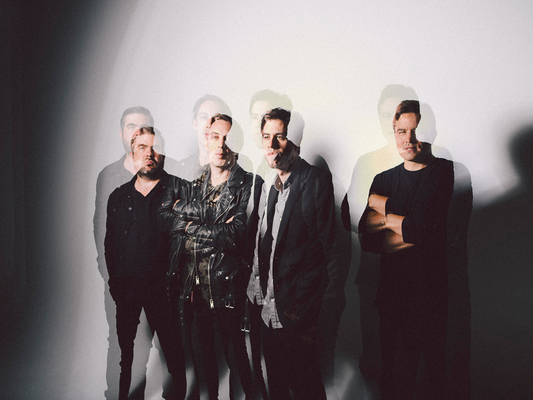 Wolf Parade’s Cry Cry Cry, the band’s excellent fourth album, is available here now from Sub Pop, and in Canada from Universal Records via Wolf Parade’s webstore right here. Plus the album is streaming in all manner of digital services, including (but not limited to) Spotify / Apple Music / YouTube. 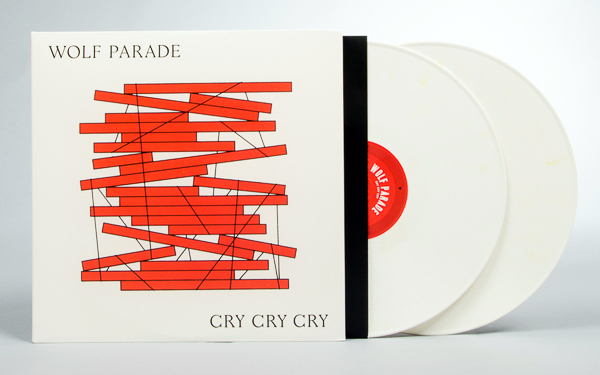 In celebration of the album’s release, Wolf Parade have scheduled a Reddit “Indieheads” AMA for Friday, October 6th at 1pm PT, and the band will also appear on The Late Show with Stephen Colbert on October 11th.

Cry Cry Cry is now available for purchase worldwide from Sub Pop, in Canada from Universal Records and Wolf Parade’s webstore [link here]. LP purchases through megamart.subpop.com, and select independent retailers in the U.S will receive the limited loser edition on creme colored vinyl (while supplies last). Wolf Parade will also have a special tour edition on transparent red vinyl available at shows (also while supplies last).  A new t-shirt design will also be available.

“Befitting the creative ambition of the group’s previous LPs, it serves as a full-throated burst of musical and thematic ideas. Goth-streaked album opener “Lazarus Online” pleads for survival and resiliency — “Let’s fight / Let’s rage against the night” — as its protagonists struggle to coexist with the darkness in their lives. “Valley Boy” storms and booms with glammy drama, referencing Leonard Cohen’s death as it waxes weary about the state of the world, while “Incantation” builds from a moody murmur to climactic cacophony. Cry Cry Cry is a big swing, artistically speaking, but it also dodges many of the pitfalls that face artists who try to chronicle an age of uncertainty and resistance without sounding ham-handed. Wolf Parade taps into the sound of modern disconcertment on Cry Cry Cry, but the album’s grandiosity is mostly restricted to the music itself — rousing, urgent, and always seeking out slivers of hope.” [“First Listen”] - NPR Music

“Wolf Parade’s two singer-songwriters Spencer Krug and Dan Boeckner have returned to provide an answer to the lingering question of what might have been. Cry Cry Cry is their most cohesive work yet, a blend of Springsteenian bar-room rock and Sparks-style operatics that holds together surprisingly well. The optimistic chug of You’re Dreaming would slot neatly on to the recent War on Drugs album, while the twisty chord progressions of “Who Are Ya” and “Artificial Life” nod to the band’s chaotic first album Apologies to the Queen Mary. A compelling exception to the “diminishing returns” rule that usually governs most band reunions.” [4/5] - The Guardian

“Though energetic, their danceable chassis and sprawling melodies nevertheless feel weary, as if constantly grinding against some looming, countervailing force. It’s true that wearied, furtive anthems have always been Wolf Parade’s thing, but they feel especially right for these enervating times.” - SPIN

“Cry Cry Cry is fully and completely a Wolf Parade record. The band not only sounds like itself, it sounds as good as ever.” [8.5/10] - Under the Radar

“Wolf Parade have always stood apart from their peers: always weirder, more complex and artier than the others with their dissonant punchy pop and gnarled edges…” -  London in Stereo.

“Packed to the brim with stray melodies locked between the foreground and background that brighten the surroundings without stealing attention from the main action. Every note is meticulously functional, but displayed with a style of craft that rings miraculous rather than mechanical....The band plays it sharper and straighter than when we last left them, emphasizing economy in their experimentation and a professionalism in their power. It’s a cleaner, clearer direction after those previous albums. Importantly, it feels like a sustainable start to something new, hopefully something that’s here to stay — something this band can hold onto now that they seem ready to charge against everything that at one time had them on the run.” - Stereogum

“A colourful and melodic musical expansiveness… it finds them in rejuvenated form [4/5].”  - Q Magazine

“This quartet’s first material in six years is a shimmering, bombastic blast.” - MOJO

“Cry Cry Cry really has just about every kind of song you’d want from a great Wolf Parade album. “You’re Dreaming” is one of Dan Boeckner’s finest driving, Springsteenian rockers, with a two-word chorus that reminds you how much Dan can excel when he takes a less-is-more approach. “Valley Boy” is Spencer Krug’s most singalong-ready song on the album, and it comes with one of his tongue-twister choruses: “Are you still a lover boy? / Are you still on the cover or / Did you become a valley boy out there?” - Brooklyn Vegan