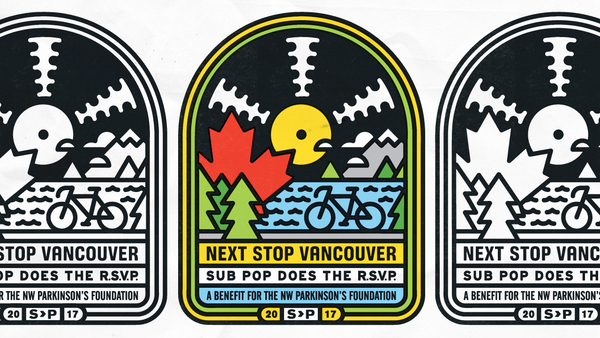 Since being diagnosed with Parkinson’s disease in January of 2013, our Co-Founder and fearless leader Jonathan Poneman has done everything he can to show others that there is life beyond Parkinson’s. Here he shares a few words on what supporting Parkinson’s research means to him:

It’s summer and that means Sub Pop is Biking for Bucks to benefit the Northwest Parkinson’s Foundation (NWPF), an organization that is crucial to providing support, knowledge and better health to those in the Pacific Northwest (and elsewhere) who have been diagnosed with Parkinson’s Disease (PD), and to their caregivers.
I have lived with my PD diagnosis for years now. I take drugs, deal with symptoms and side effects, minding my attitude by keeping it positive. But sometimes good vibes just don’t cut it. I rely on family, friends and a network of heroes to win the day.
It’s a challenge to feign normalcy when your body is out of control. But stall outs, tremors, and bouts of anxiety are no longer a given for people with Parkinson’s. My life with PD is defined by great gains in understanding of what wellness is and the possibilities for having it in one’s life.
I remember how lonely I felt after finding out that I was sick. Nothing prepared me for the shock of vulnerability, or for stolen hours spent dwelling on morbid nonsense, feeling like a piñata at my own pity party.
Getting to know the people at the NWPF gave me a much-needed attitude adjustment as did meeting many more of my fellow travelers through the organization’s extraordinary outreach.
Every breakthrough in slowing the disease’s progression happens with a sustained effort. This is why Sub Pop’s annual biking trek inspires me so: it takes the fight to PD in a way that best exemplifies the promise of good health for everybody.
Life is ultimately defined by how well that it’s lived.  The NWPF steers people like me toward regaining the upper (though still occasionally tremor-y) hand.
Please donate to Sub Pop’s team effort supporting NWPF.  From Washington State to the Georgia Strait.
- JP 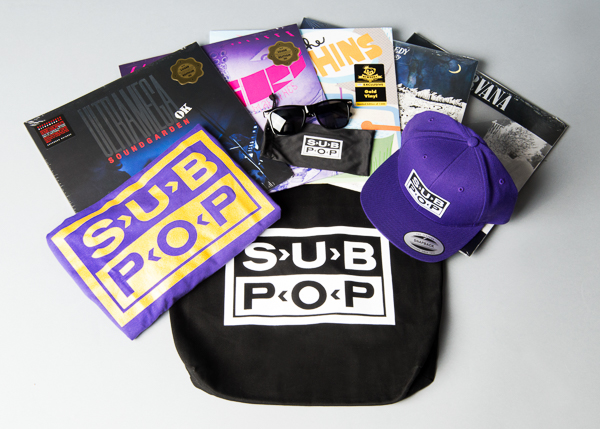 This year, Team Sub Pop is giving FIVE lucky donors an exclusive collection of limited edition Sub Pop vinyl (along with a Sub Pop tote bag) filled with rare and exciting items so you can rep your favorite Sub Pop gear wherever you go!

A donation of $100 or more via the Team Sub Pop page makes you eligible to win this one-of-a-kind collection. Drawings will occur every Monday at noon until August 14th, and winners will be notified via email.

Each special prize package will include Loser Editions of Soundgarden’s Ultramega Ok remixed by legendary producer Jack Endino, and Shabazz Palaces’ Quazarz vs. The Jealous Machines plus the companion album Quazarz: Born On A Gangster Star.

In addition to some of our latest releases, a few classic titles are in the mix. A limited edition of The Shins’ second studio album Chutes Too Narrow pressed on gold vinyl (long-sold-out, and previously available only through Newbury Comics) will be included, along with a 20th anniversary double-LP edition of Nirvana’s debut album Bleach and Father John Misty’s critically acclaimed Pure Comedy.

Here’s another way to help support our efforts: Shop the NWPF Fundraiser page in Sub Pop Mega Mart, where all proceeds from sales of these featured items will be donated to the Northwest Parkinson’s Foundation.

AND… if you’re traveling through Seattle-Tacoma International Airport this week, you’ll also find these items on display + for sale in our store! 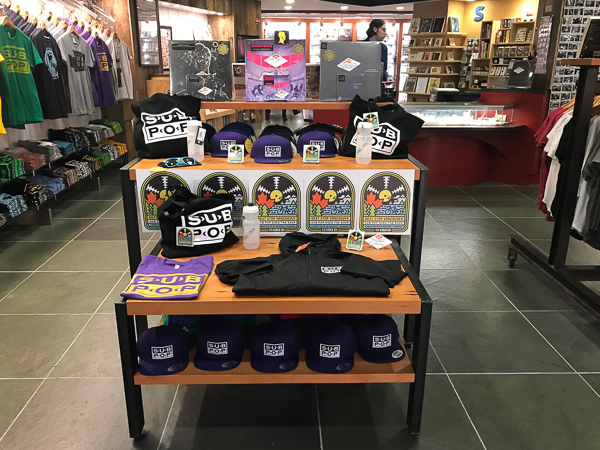 Sub Pop has a long history of supporting non-profit organizations around the globe but prefers to focus on local organizations in the Pacific Northwest. We have been involved in fundraisers for uncompensated care at Seattle Children’s Hospital, donated food and funds to Northwest Harvest, given time, support, and funds to the all-ages music venue The Vera Project, supported the campaign for marriage equality in Washington state, among many more. We believe in supporting the community that has always supported us. The Northwest Parkinson’s Foundation is an organization we feel proud to be riding for.