Late last night, Father John Misty delivered a stellar performance of “Ballad of the Dying Man” from Pure Comedy (out this week on Friday, April 7th) on The Late Show with Stephen Colbert. 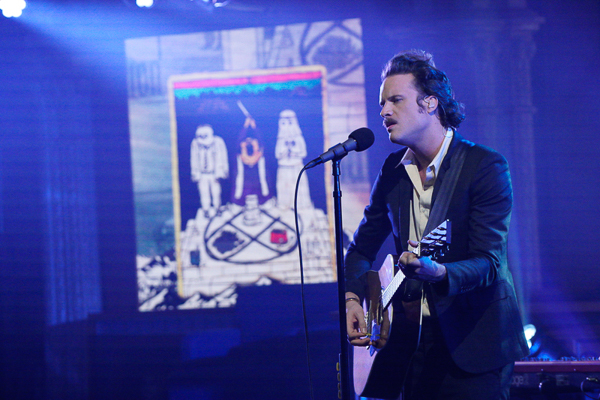 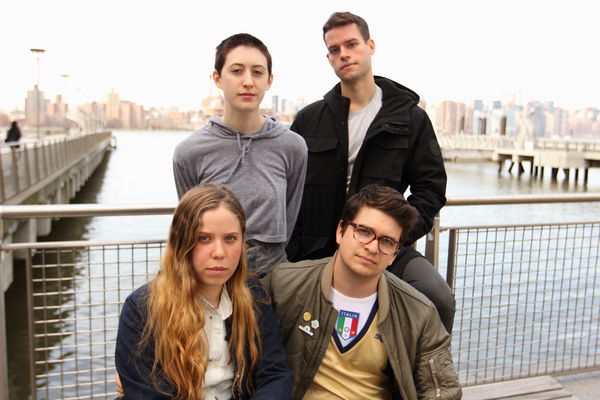 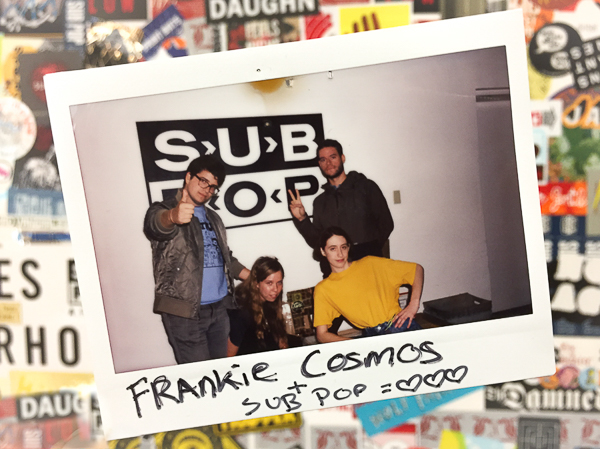 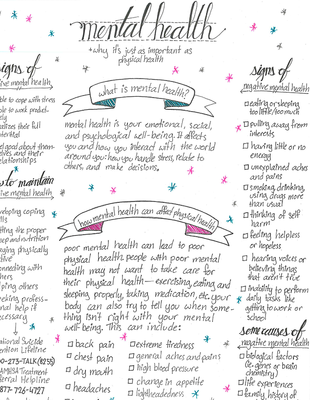 After reading through hundreds of wonderfully thoughtful and inspirational applications, we here at Sub Pop Records have chosen three extraordinarily qualified students for our 2017 Sub Pop Loser scholarship.

Our $7000 winner this year is Tia Shekelle of Bellingham High School in Bellingham Washington. Tia won us over big-time with her explosive zine work, beautiful art, eye catching photography, and incredible productivity. Between dance, drums, bass, writing, volunteering, film making, painting, and being a high school senior we were blown away by how much awesome stuff Tia is doing. In her community in Bellingham she has volunteered many hours to the Make.Shift gallery DIY space as well as planned parenthood and a local zine club. We really think that Tia has a bright future ahead of her, and her message of inclusivity really resonated with us. She is definitely one of the most talented and exciting applicants to apply for our Loser Scholarship.

Ariana Watson will be taking home $5000 this year as a Sub Pop Loser Scholarship winner. From Seaside, Oregon, Aria won us over with her #signedbytrump photography, which was one of the best pieces we’ve seen in all of our years of looking at Loser Scholarship applications. Her photography and the message behind it works beautifully and sends a loud message of strength. In her essay Aria explained how her art and politics led to cyber-bullying and many other unfortunate incidents that young feminists often deal with but her mental toughness and resolve in the face of adversity spoke to our scholarship selection committee. At the MUSE international women’s conference Aria was able to speak about her work and inspire hundreds to represent the voiceless, to stand up for what they believe in. Montana is Aria’s next destination where she will be pursuing health studies, we wish her the best.

Raven Smith will be getting $3000 as a Sub Pop Loser Scholarship winner. Talking on the radio while truly being herself did not come easy to Raven. After moving to Spokane she struggled to find her niche but found an outlet at her local radio station KYRS. At KYRS Raven worked her way from volunteer CD organizer onto the air where she nervously stuttered her sputtered first words but eventually gained confidence and found her own voice. Wow, it turns out her radio show Basement Beats is fantastic, despite starting out nervous she has become a great on air DJ. On top of working with KYRS on their Raise Your Voice campaign Raven has also become a powerful writer and public speaker, her words are very powerful. We know there are big things coming up for Raven and we are very excited to see where the future takes her.

This year we had so many great applicants for the Loser Scholarship, it was really hard to choose our winners. For those losers who didn’t win this year, thanks for playing, we loved your applications too, and know many of you will go on to inspire us in your future endeavors. 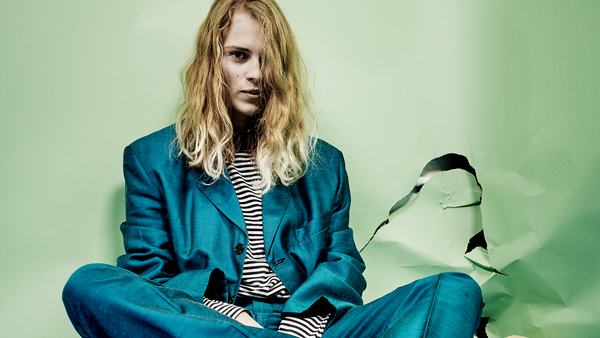 Hello, good looking music appreciator. We have some exciting news for you! Stereogum has just premiered Marika Hackman’s “My Lover Cindy,” the newest track from ’I’m Not Your Man’ (out June 2nd). Have a listen to it here.

Stereogum says of the track, ““If I was a liar, I would call you my friend,” London-based songwriter Marika Hackman opens on her new single “My Lover Cindy.” It’s an immediately biting line that embodies the rule rather than the exception on her upcoming album I’m Not Your Man, a collection of unabashedly real songs. Hackman’s greatest weapon is her words, and she uses her dark wit to lure you in while conveying strong messages about her life and society [see premiere April 6th].” 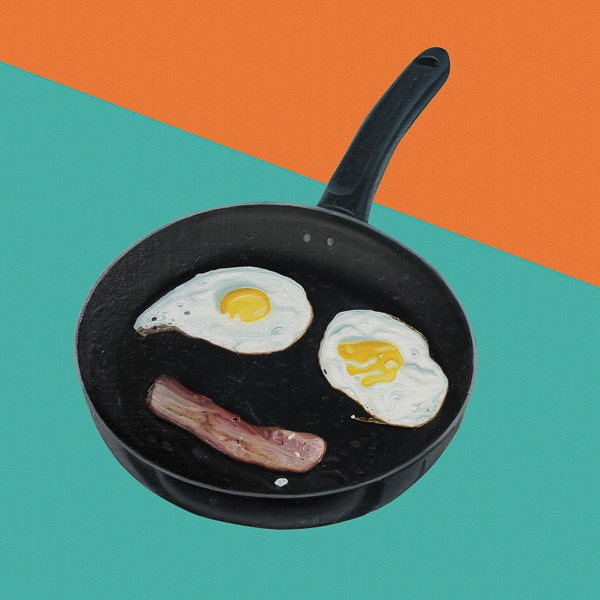 “MY LOVER CINDY”
If I was a liar
I would call you my friend
Let’s hope the feeling’s mutual in the end.

Symbiosis
Can we keep it how it was?
Now the levy’s broken I want more

‘Cause I’m a fucking pig
I’m gonna get my fill
I’m gonna keep my eyes on the prize
And I’ll suck you dry I will.
Oh I will.

There’s an open-ended nature to I’m Not Your Man: the discussions within, conversations on femininity, sex and sexual identity, millennial ennui, the pressures of living in a social media bubble and the perils of being young in a fast-paced industry. Says Marika, “The record’s all about female relationships, romance and breakdowns, but there’s also a dim worldview going on. I’m Not Your Man can either mean, ‘I’m not your man, I’m your woman’, or it can mean, ‘I’m not a part of this…’,” explains Marika. It’s a fiery statement from a songwriter who no longer wants to be shackled to limiting descriptions [read more here]. 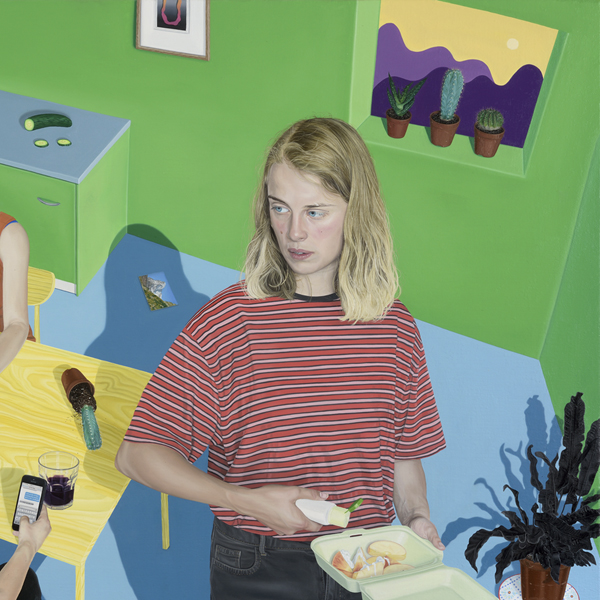 I’m Not Your Man will be released on CD / LP / DL / CS and is now available to preorder in North America from Sub Pop here and Marika Hackman’s official website here. LP preorders through megamart.subpop.com and select independent retailers will receive the Loser edition on green and orange swirled vinyl with a bonus 7” (while supplies last). There will also be a new t-shirt design available. 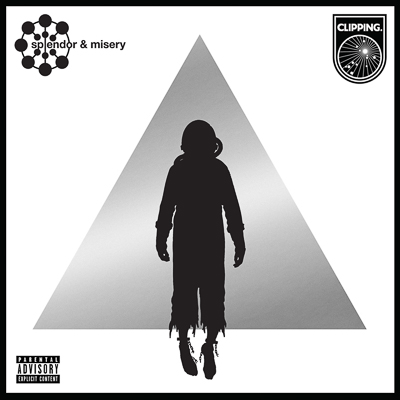 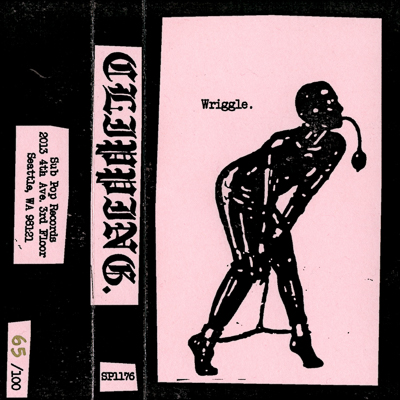 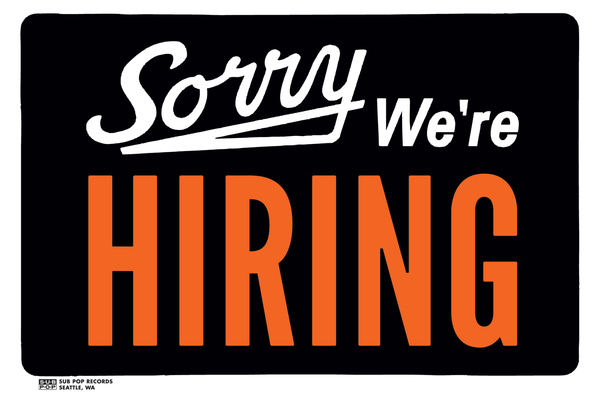 Sub Pop is seeking a Music Licensing Coordinator in our Seattle office. We’re looking for an individual who has great interpersonal skills, is a self-starter, is detail-oriented and has the ability to work in an open group environment. This is an entry-level position that reports directly to the Director of Licensing.

-   Actively pitching our catalog in a manner tailored to the taste and project requirements of individual music supervisors, editors, filmmakers and producers.

-   Listening to and quickly learning a large catalog of material and applying that knowledge to searches/requests for material.

-   Tagging, organizing and maintaining the licensing website and licensing database.

-   Logging all licensing and publishing activity and preparing biannual reports on such activity.

-   Organizing and attending artist functions for music supervisors, ad agencies and others when appropriate.

-   Sending out email blasts, playlists, show invites and other forms of promotion around our releases.

-   Assisting in quoting, negotiating and preparing synchronization and master use licenses.

-   Knowledge and passion for music in general is a must, as is familiarity with the Sub Pop and Hardly Art catalogs.