On the eve of Low’s UK & Ireland tour - on which they’re set to play tracks from their seminal 1999 EP Christmas - the Duluth trio present a reflective and inspiring new recording, closing out our current year and looking ahead to the next.

The song comes with a short personal note from the band:

“To friends who have moved away and friends who have passed on this year. To one and all, especially those who are alone, we wish you a Merry Christmas and new hope for the new year. May we all find ways to lift each other. 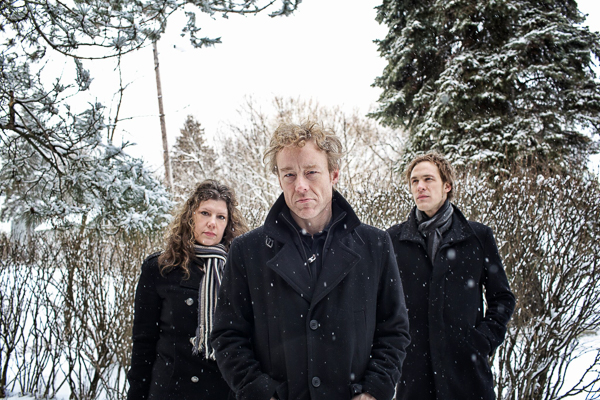 Low have an unparalleled pedigree when it comes to releasing seasonal aural delights. Their eight-song 1999 EP Christmas is often referred to as one of the best Christmas albums of the alternative era, and is a gift that many fans return to year in, year out. Originally championed by John Peel, the EP collects five Christmas-themed originals by the band as well as covers of “Little Drummer Boy,” “Blue Christmas” and “Silent Night.”

Starting today, fans will have a rare chance to experience the joy, peace and reflection imbued in these songs - as well as new release “Some Hearts (at Christmas Time)” - when they’re performed live in some of the most handsome venues that the UK and Ireland has to offer.

The tour, which includes two nights at London’s Union Chapel, is nigh-on sold out with just a handful of tickets remaining at certain venues.

*LOW return to Salford, Greater Manchester on 8th December for an intimate performance at The Eagle Inn. The 80-capacity show will consist of an exclusive set of all-new material never before performed in Europe, with all profits donated to local homelessness charity Booth Centre. Support comes from Loop legend Robert Hampson and local singer-songwriter Elle Mary; marking the final Dots & Loops event to wind up ten years’ promoting in Manchester.