The track, produced by Kurt Feldman with Danny Meyer on saxophone, is off her debut album, X-Communicate, coming out on May 27 via Sub Pop Records. The album pre-order is underway HERE. Fans who pre-order X-Communicate digitally will instantly receive the title track ”X-Communicate,” as well. Additionally, the limited, blue-vinyl Loser Edition is available to pre-order customers at megamart.subpop.com, and at select independent record stores (while supplies last).

“Show Me” follows the release of the album’s title track ”X-Communicate,” of which Cosmopolitan said “her voice…remains as smoldering as it’s always been,” and Pitchfork noted “the springy cushion of bass arpeggios, synth pads, and ringing guitars smartly borrows from Hi-NRG acts like Evelyn Thomas and Bananarama as well as sleek, wavy brooders like New Order and Pet Shop Boys. But the results are far too opulent to scan as merely retro. If “X-Communicate” were a look on “Project Runway,” it’d find Nina Garcia gushing about how expensive it sounds.”

Kristin also announced her first set of tour dates here, including stops in Brooklyn and Boston – more dates will be announced soon. 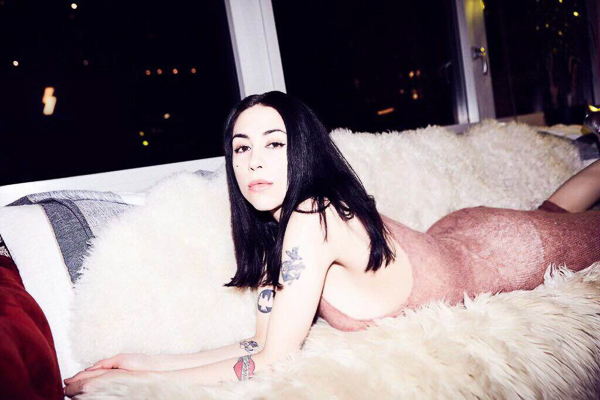 Kristin tells her stories using a sonic palette splashed with bold pop melodies, her vocals showcasing a range hitherto unexplored by Kristin. The album was produced by Kurt Feldman (of Ice Choir and The Pains of Being Pure at Heart) and Andrew Miller (who played guitar in the Dum Dum Girls’ last incarnation). Longtime Dum Dum Girls producer Richard Gottehrer (Blondie, The Go-Go’s) provided “sonic consultation,” giving Kristin feedback on the new songs and inspiring her to continually push further. Kristin spoke more about the upcoming album in her recent Sirius XMU interview with Jenny Eliscu HERE.

Dum Dum Girls was Kristin’s guise for the best part of a decade. After posting her bedroom recordings online, she caught the ears of Sub Pop. From there she assembled her group of badass, black-clad cadets and toured the world. Over the course of three albums, four EPs and a bold brace of singles, Dum Dum Girls morphed from the girl group-gone-bad moves of debut album I Will Be (2010), to the comparatively plush noir-pop of 2014’s Too True. At the top of 2015, Kristin decided to shed her Dum Dum Girls skin, ditching Dee Dee for her real name, Kristin, and adding Kontrol (a bit of an inside joke between old friends). Inspired by some words of wisdom from Karen O, it may be a leap into the unknown, but little risk means little reward. 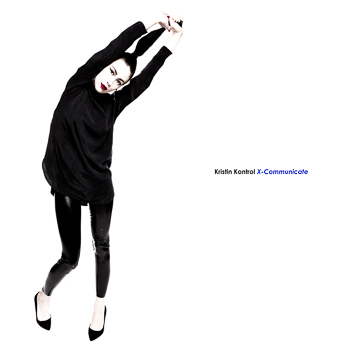