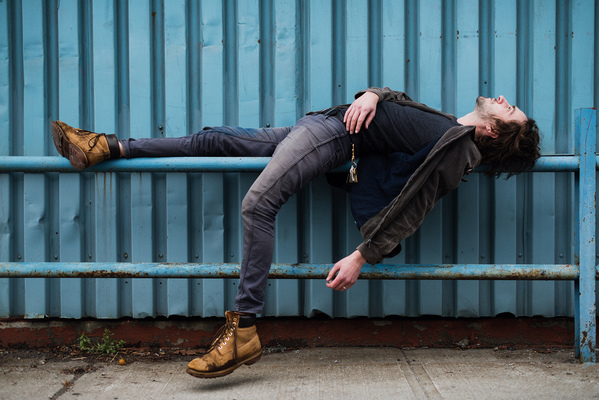 Mass Gothic’s self-titled debut is out tomorrow! The group will kick-off their 2016 headlining tour in support of the album, with a show tonight, Thursday, February 4th in Philadelphia at Johnny Brenda’s. Tour ends on March 19th in Austin at SXSW.  Support for the tour (February 4th -25th) will come from fellow NYC band Mazed (Autre Ne Veut affiliates, ex-Bear in Heaven, Zambri). Scroll down for all the dates.

Mass Gothic, led by the singles “Every Night You’ve Got To Save Me” and “Nice Night,” was produced by the group, mixed Chris Coady (Beach House, TV on the Radio) and mastered by Greg Calbi at Sterling Sound.

The band recently shared an official video for “Every Night You’ve Got To Save Me”, the iridescent lead single.  The exuberant visual, directed by Addison Post (Colleen Green, Solvey), follows group members Noel Heroux and Jessica Zambri on a night out in Manhattan (watch it here). 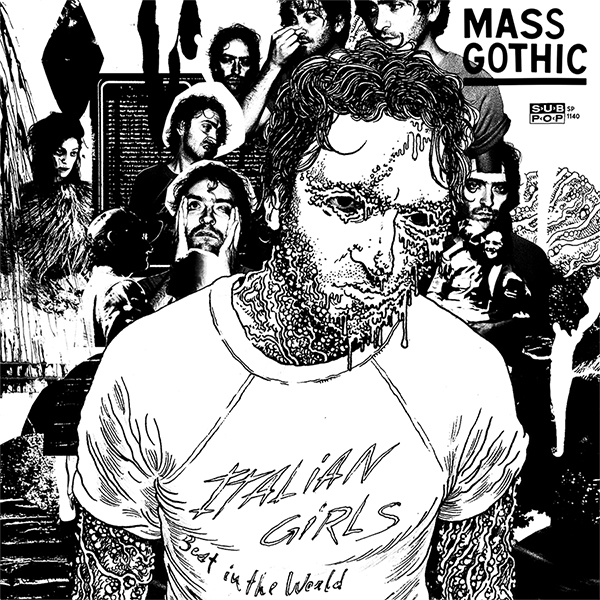 
Mass Gothic and tourmates Mazed have also teamed up to release “March of the Cigs” / “Ronette,”  a 7” split-single.

You can listen to both songs now via Mass Gothic’s Bandcamp page (with Mazed’s “Ronette” also available for download). Listen here.

What people are saying about Mass Gothic:

“Don’t let the name Mass Gothic trick you into thinking the record is a spiral into sadsackism. Each song carries its own weight unreliant and wholly different from the track that came before it, creating a collection of different modes of music and feeling. Songs like “Nice Night” carry an unwavering heaviness and compliment the reflective nature of the lyrics, while the track “Territory” creates a variety of different electronic textures that all stay dancy and catchy. The record is a trip into a variety of different vibes and reasons to listen to music, forming into a wholly memorable and engaging listen. It warps what you think pop, rock, and punk can do when bleeding into each other, one song to the next.” - Noisey

“The four-minute clip follows Heroux as he wanders Chinatown, the East Village, and SoHo, karaoke mic in hand, lip-syncing to the track and going nowhere in particular. Along for the ride are his bandmate (and wife) Jessica Zambri, some random passerby, a few cab drivers, and Sub Pop co-founder Jonathan Poneman…The laid-back feel of the video matches the content (if not the upbeat sound) of the song, which covers Heroux’s feelings of alienation and depression when he was making music that didn’t resonate within. Mass Gothic is an honest record, and its lead single needed an honest video where Heroux could exhale and act naturally” [“Every Night You’ve…” video] - Village Voice

“Noel Heroux started off working alone on a four-track, and after nine years and mild success with his old band, dance-rockers Hooray for Earth, he’s gone back to the way he used to do things. This became a necessity, really — a way of dealing with his depression — but the results capture something quintessential about the emotional experience at hand: There are definite highs, and there are definite lows on his self-titled debut as Mass Gothic for Sub Pop. Sometimes Heroux, who’s accompanied at turns by his wife Jessica Zambri, sounds like he’s trying to kick down the doors of his own brain with the sheer force of distorted riffs and heavy echoes and sharp turns. Other times, he’s just trying to shake off the bad stuff with a dance party where the playlist’s almost exclusively synth-pop.” [ 20 Artists You need To Know in 2016] - Vulture

“Tracks such as the exhilarating “Nice Night” - layered stinging distortion - offer a cathartic energy that’s it’s hard not to be pulled in by. Other highlights include the crisp modern doo-wop of “Every Night You’ve Got To Save Me” and the pulsating digital clatter of “Want To Bad”. The sound of a man finding freedom, it’s an impressive reincarnation.” - Q Magazine