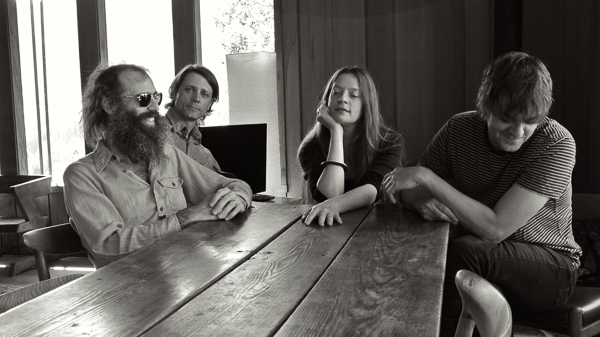 Heron Oblivion’s origins date to 2013 in SF’s Bayview district, where its four members– fueled by a love of  60s/70s scuzz and commune jams, folk rock, noise, and P.S.F. Japanese underground—would get together for what Miller describes as “blistering, extended free jam sessions.” The four musicians realized that their initial chemistry (which was strong from the outset) was undeniable and it’s vision unified. Heron Oblivion was born.

John Waters It's In The Book 7 inch / Digital