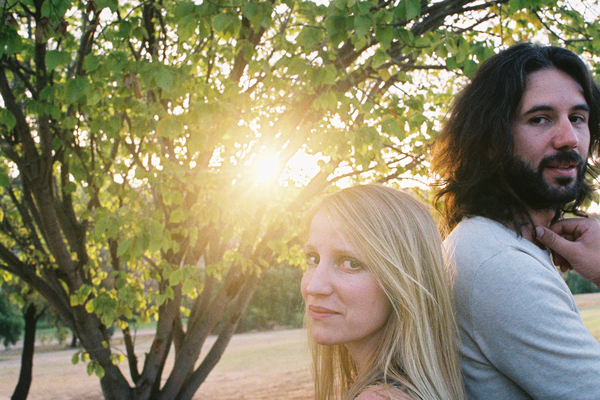 Luluc’s previously announced west coast and southeastern U.S. trek in support of album Passerby kicks-off tomorrow night, Thursday, September 17th in Seattle, WA at The Sunset and ends October 2nd in New Orleans, LA at Republic. (see dates below)  Additionally, the band will act as main support for Jose Gonzalez (September 28th-October 2nd).
Passerby is currently available from Sub Pop and of course from your friendly neighborhood record store.
The album has earned Luluc international praise from the likes ofNPR Music’s “First Listen” & “All Songs Considered,” No Depression, Bust, RollingStone.com,  MOJO, Magnet,  Stereogum, Exclaim, Drowned in Sound, The Line of Best Fit, CLASH, Tone, All Music Guide, My Old Kentucky Blog, Mess + Noise, Double J, Sydney Morning Herald, ABC Radio (AU), and more. At radio,Passerby peaked at #8 on the CMJ Top 200 Chart.
What “They” have to say about Luluc:
“Passerby provides a tremendous introduction to a band whose deliberate impeccability never feels staid or fussy. It helps that The National’s Aaron Dessner, who knows a little something about impeccability, leaves his fingerprints all over these songs: He produced Passerby with Randell and Hassett, and he provides a good bit of the rich but spare backing instrumentation throughout. Dessner and Luluc both know how and when to let a song breathe.” [First Listen] - NPR Music

“Passerby is gorgeous and refined through and through, and likely to sound as timeless as all that great stuff Joe Boyd himself produced back in the late ‘60s.” [Review] - Rolling Stone.com

“Luluc has indie credentials to spare, but all that really matters is that this music is impossibly delicate and deeply beautiful.” [Review, 8/10] - MAGNET

“Strikes all the right chords: spectral melodies, buttery harmonies, and a blissful melancholia that hints at Nick Drake and Simon and Garfunkel without going to far into either territory. Zoe Randell and Steve Hassett might have created the year’s most addictive record to dates; from the predawn flutter of Opener “Small Window” to the shimmering heat of “Early Night” and “Star,” every track onPasserby begs to played again and again, preferably in the dusky sunlight of late summer.” [5/5 Review] - BUST