This coming weekend, Sub Pop Records employees will join in the 202-mile Seattle to Portland (STP) Bicycle Classic held on July 11 -12, 2015. Now in its 36th year, the STP is the largest multi-day ride in the Northwest with up to 10,000 riders making the journey through Western Washington and Oregon.

In January of 2013, Sub Pop Records Co-Founder Jonathan Poneman was diagnosed with Parkinson’s disease. In a 2013 Seattle Times article, Poneman states, “I accept that I have this disease, but that doesn’t give me the right to be passive.” In response, Sub Pop Records employees will be raising money for the Northwest Parkinson’s Foundation (NWPF) by doing the infamous STP bike ride.

Since being diagnosed, our President has done everything he can to show others that there is life beyond Parkinson’s. He actually explains it as sort of a blessing. Parkinson’s has allowed him to “recalibrate” important values.

“As ironic as it sounds, I am truly grateful to the disease.” Poneman explains further that, “My love of life and its precious elements became more vivid at the thought of seeing them fade away.”

Our goal is to raise $20,000 for the foundation. We are SO close to reaching our fundraising goal and we still need your help!  This week we added a few stellar perks for donating: 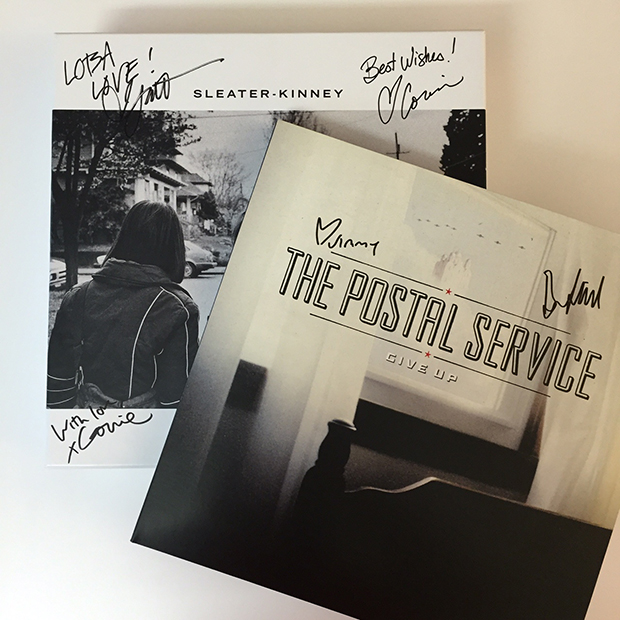 * Autographed Sleater-Kinney “Start Together” box set on COLORED vinyl (limited to 3000 copies). Includes hardcover photobook of never before seen pictures from their personal collection, all seven LP’s, and 7” of single “Bury Our Friends” from their new album No Cities to Love

You can also go to the Northwest Parkinson’s Foundation main website (www.nwpf.org) and give directly to the foundation through a gift at a different time if you are not able to help now.