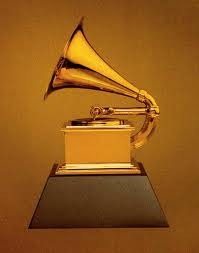 We have been popping bubbly all day long over at Sub Pop HQ, as Grammy Nominations were announced late last night for this year’s awards and two of our artists, Bassekou Kouyate & Ngoni Ba and Flight of the Conchords were nominated. Bassekou Kouyate & Ngoni Ba’s I Speak Fula was nominated in the category of “Best Traditional World Music Album” and Flight of the Conchords I Told You I Was Freaky for “Best Comedy Album.” Big ups also to Low whose song “Silver Rider” was covered by Robert Plant on his latest release, Band Of Joy, which was nominated for “Best Solo Rock Vocal Performance.” Needless to say, we are STOKED!

We would also like to send our congrats to Sub Pop alums Band of Horses and Broken Bells (which is fronted by James Mercer of The Shins) for nominations in the category of Best Alternative Music Album.