Zumpano was a Canadian indie rock group in the 1990s.

The band formed in 1992 after Zumpano and Ledwidge dissolved their band ‘Glee’, which they felt was “artistically impure” despite beginning to enjoy some success1.

The band signed to Sub Pop Records in 1994, along with fellow Canadians Eric’s Trip, Jale and The Hardship Post, as part of the label’s shift away from pure grunge rock. They released two albums on the label before breaking up. Newman reemerged in 2000 with The New Pornographers, and Jason Zumpano formed the band Sparrow in 2003.

The most current Zumpano updates can be found @ Wikipedia. This article is licensed under the GNU Free Documentation License. It uses material from the Wikipedia article ‘Zumpano’ 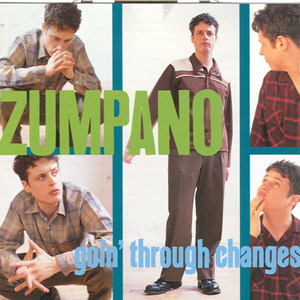 Zumpano Look What the Rookie Did CD / Cassette / LP / Digital