Zen Guerrilla were a rock band from San Francisco, California. Musically, the band evolved over their career. Their early sound was characterized by pyschedelic elements, such as delayed guitars and noise washes. Later, Zen Guerrilla fused blues, rock and gospel to create a sound which could be likened to bands such as the Jon Spencer Blues Explosion.

The band released their self-titled CD on Philadelphia-based Compulsiv records in 1992. Soon after, Zen Guerrilla moved to Philadelphia and were regular performers around the city at clubs such as the Kyber Pass Pub. Around this time the band began a grueling touring schedule, which would have them cross the country multiple times through the end of the decade.

A fusion of blues, rock, and gospel, Zen Guerilla’s musical style comes as naturally to them as licking gravy. Their sound is as genuine and as pure as Al Green’s sweat. It screams, it moans, it shakes and it moves.

Zen Guerrilla relocated to San Francisco in 1994. Their constant touring increased their exposure, and, combined with their explosive live show, helped to release albums first with Alternative Tentacles and later Sub Pop.

The band dissolved sometime around 2003.

“This band defies boundaries. Part blues, part punk, part plain old gutsy rock and roll. Sometimes lifting you up in a euphoric celebration of raw power, sometimes heart-wrenchingly soulful, their sound stimulates the feet with unerring force, pounding you mercilessly until you just have to dance.” – AMG profile

The most current Zen Guerrillas updates can be found @ Wikipedia. This article is licensed under the GNU Free Documentation License. It uses material from the Wikipedia article ‘Zen Guerrillas’ 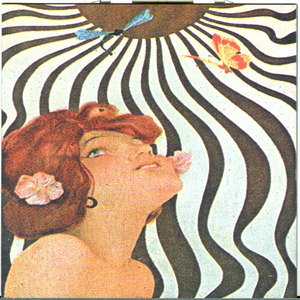 Shadows On the Sun