Even by their own admission, it’s been an unexpected journey for Zeal & Ardor. In 2013, American-Swiss musician Manuel Gagneux asked users of 4chan for suggestions of disparate genres he should try splicing together. One response was to mix black metal with old American slave songs.

Initially intended only as an one-off recording, the project grew legs, first with a full-length debut album, Devil Is Fine - which streamed in the millions - then a spot at The Netherlands’ prestigious Roadburn festival in 2017. In 2018, the band released their second album Stranger Fruit, an even bolder work that took their name far beyond the world of metal. The Guardian newspaper called it “extraordinary and brilliant,” Metal Hammer applauded its “sheer musical brilliance,” and the UK’s largest free newspaper Metro declared Stranger Fruit their #2 Album of the Year, declaring “in this jaw-dropping meld of black American folk music and black metal, the Swiss artist Manuel Gagneux has hit upon something genuinely original.”

This was followed in March 2020 by the release of the double-live album Live In London, caught at a blistering show in December 2018. Then, in October 2020, amidst a provocative and stimulating 18-month profound period of reflection, the band quietly shared the striking 6-track EP, Wake Of A Nation. Their intense self-titled third album, crystallizing everything the band are, was released in February 2022. Today, Zeal & Ardor are an avant-garde metal force, hugely respected for their artistic fearlessness and off-the-wall creativity in a scene so often unwilling to break its own chains. 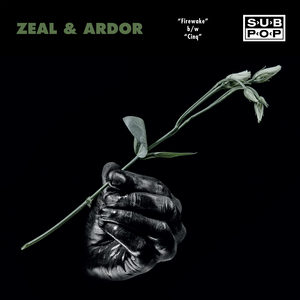