Zak Sally is a musician and a comic artist. He was formerly the bassist for the bands Low and Enemymine (with Mike Kunka of godheadSilo). He is a native of Duluth, Minnesota, and currently owns and operates his own press, La Mano 21, in Minneapolis. La Mano serves as a publisher for Sally’s works as well as those of other comic artists including John Porcellino and William Schaff. Some of Sally’s recent comics work has also been published by our friends at Fantagraphics Books. And, later this summer (2009), Fantagraphics will be putting out Sally’s new book, Like a Dog. Sally also had a cameo in the movie Shopgirl, as a member of the band Hot Tears.

Zak will be releasing his debut full-length record, Fear of Song, as a handmade and signed limited-edition CD on La Mano this summer. We at Sub Pop will be releasing a 7" single by Zak on July 21st, the a-side of which (“Why We Hide”) will also be on Fear of Song. The b-side to this single (“When I said I Missed You I Just Meant My Aim Was Off (The Quiet Life)”) will be exclusive to the single. 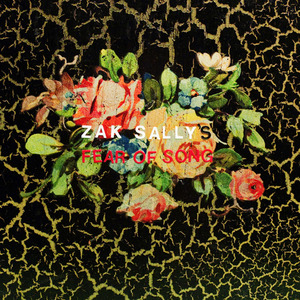