Despite being stuck in his bedroom in the city of Jacksonville, the 27-year-old Yuno’s pedigree is diverse. His parents are from the UK, and of Jamaican descent, and his musical upbringing involved a wide array of discovery mainly as a result of being part of his local skateboarding subculture. That’s what got him into music: hanging out with friends at their now abandoned mall, going to the skate shop, playing Tony Hawk’s Pro Skater video games, watching skate videos, and listening to all the music featured therein. “In high school I had a lot of friends that played guitar also. We would all come into school early, learn songs and play for each other in the cafeteria.”

In the house he’d listen to reggae, ska, rocksteady and classic R&B, but it was skating that got him into rock and rap. Formative albums included ones his friends would pass along to him on burned CDs: HIM’s Razorblade Romance, AFI’s Sing The Sorrow and Rancid’s …And Out Come The Wolves. He never really went to shows because rarely would anyone worth seeing come through. His first gig he attended was headlined by a rapper called MC Lars. That’s what made him consider starting a solo project – seeing one dude onstage, recreating all the music alone with a laptop. To this day, he’s only been to four shows. “I’m used to just watching them on YouTube,” he says. “ I never think about a live show when writing songs. I just make whatever.”

Yuno creates all his of music alone at home, self-producing and engineering, playing all the instruments. He also shoots all of his own press photos, design’s his album art and directs his music videos. “I like being really hands on with everything surrounding my music, even now that I’m with Sub Pop,” he says.

However, the exotic lure of bright lights, brighter city, is one of the most relatable of tales, and it certainly makes a whole tonne of sense once you’ve wrapped your ears around Moodie– Yuno’s first mini album, released via Sub Pop. Take for instance, lead single “No Going Back” which marries a summertime vibes of Tame Impala,” the surreal, R&B atmospherics of Frank Ocean and, well, Len’s “Steal My Sunshine.” It’s a collection of songs that chimes with pop’s increasing lack of concern for genre. It’s the opposite of tribal, as multicultural and diverse as a ride on the New York City subway, across all five boroughs. It can’t be attributed to one particular origin of sound or vision.

Yuno continues, “I don’t really go anywhere in Jacksonville. I don’t drive. I spend a lot of time in my bedroom.” Thus, the six song collection sounds like a collage of bedroom posters. “So Slow,” for instance, would be a Washed Out flyer sat next to a piece of Kid Cudi artwork, whereas “Why For” with its squealing Wavves guitars would probably be represented by a big weed sticker or some Sleigh Bells ticket stubs. It’s deeply creative and visual.

He continues “I knew in high school that I wanted to do music. Drawing had been my thing when I was really young, then I started to make videos in middle school with my friend – little skits. Then I began playing guitar.” In eighth grade his cousin taught him how to make beats, and that’s when Yuno arguably began. His dad also bought him a $20 guitar at a flea market. Despite his mom insisting he get lessons, he taught himself by learning online guitar tabs, mostly for metal bands. “I’d bring my guitar to school every day.” He’s learned how to sing over pop punk songs too, hence the abrasive nature of his vocals.

Sub Pop found Yuno via Ishmael Butler of Shabazz Palaces and Digable Planets fame, who’s on the A&R staff for the label. He stumbled upon Yuno on Soundcloud and kept a close eye on him. Similar to Ish, Yuno is encouraged by the genre-bending age of melody we’re living through, citing Lil Uzi Vert and Young Thug as sources of influence.

The multiple flavors of sound also reflect the breadth of feeling that he’s chasing in the writing. Moodie – the EP’s title – clearly relates to his surname, but it’s also channeling the emotional variety of the tracks. “It covers all the different feelings you have at the end of a relationship,” he notes. “Sometimes you’re really happy to be moving on, other times you’re really upset to see something go.”

Watch Yuno’s official video for “Somebody,” his new single, out today worldwide on Sub Pop 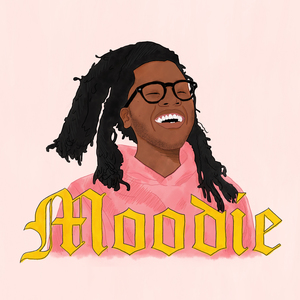