Velocity Girl was an American indie rock band formed in 1989 in College Park, Maryland, although it was generally known as a Washington, DC-area band. The band took its name from a Primal Scream B-side. While much 1990s rock music featured an abrasive vocal and instrumental style, Velocity Girl’s sound, especially post-1993, was more melodic and typically featured “clean” (non-distorted) electric guitar sounds and two-part harmonies. Thus, the group’s music is considered to be closer to a “pop” than a “rock” aesthetic. However, on their first seven-inch records on Slumberland and Merge, as well as their first Sub Pop album, Copacetic, Velocity Girl were noted for their shoegaze influences. The band was noted for its love of releasing a steady stream of 7" vinyl singles. Slumberland Records was formed in 1989 by members of several D.C.-area bands, including Velocity Girl.

Bridget Cross was initially the band’s lead singer, with a very British vocal inflection, but she joined Unrest within a year. Velocity Girl was then fronted by lead singer Sarah Shannon for the rest of its career, though they often featured female/male vocals, sometimes simultaneously. In the group’s recordings, Shannon’s voice had a light, airy quality with a slight vibrato. Archie Moore provided the male vocals.

Velocity Girl toured frequently, releasing three full-length recordings on the Sub Pop label. Music videos were released for Crazy Town" (1993), “Audrey’s Eyes” (‘93), Sorry Again (’94), “I Can’t Stop Smiling” (directed by Spike Jonze) (‘94), and “Nothing” (4.3 Mb Quicktime excerpt: http://www.subpop.com/bands/velocitygirl/videos/nothing.MOV) (’96). The group disbanded in late 1996. Coincidentally, this was the same time that the career of Lush, the band to which Velocity Girl were most frequently compared, ended as well. Shannon, Riles and Spellman reunited in a short-lived project called Starry Eyes.

Sarah Shannon went on to release her self-titled album in 2002. There was one Velocity Girl reunion show played in 2002, to benefit original vocalist Cross.

*"The most current Vue updates can be found @ Wikipedia":http://en.wikipedia.org/wiki/Velocity_Girl.

This article is licensed under the GNU Free Documentation License. It uses material from the Wikipedia article ‘Velocity Girl’. 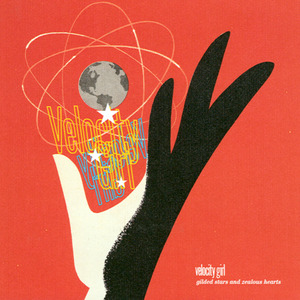