Friends since the age of 11 and playing in bands together since their teens, the two reignited their musical bond again in early 2011. Initially exchanging ideas over long distance correspondence, they used breaks from travel and other projects for intensive, marathon recording sessions. Retreating to the familiar surroundings of their hometown, they worked intuitively and resourcefully in utilizing every means at their disposal (with siblings occasionally joining in on the recording process) with the sole objective of producing great recordings touched by a transcendental jubilance and vague air of the otherworldly.

Live, THUMPERS are augmented by an interchanging cast of friends and musicians in faithfully bringing their immersive dynamics and grand scale sonic vision to the stage.

As a preview of what’s to come you can now listen to THUMPERS buoyant single “Unkinder (A Tougher Love)” via Soundcloud. The song was recorded in their Warwickshire hometown where the duo decamp to write and produce all of their music. “Unkinder (A Tougher Love)” features additional vocals from Marcus’ sisters – true to the band’s tight knitted collaborative vision – alongside and lush melodies to create their heady blend of modern pop. Though Pepperell and Hamson produce the majority of their music themselves, they recently began working with David Kosten (Bat for Lashes, Everything Everything) who lends his production and mixing skills to “Unkinder (A Tougher Love)”, as well as their forthcoming debut album. 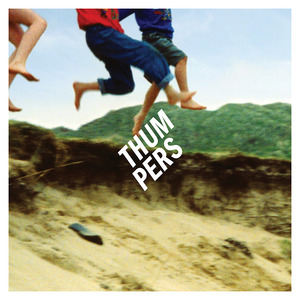