WHERE FROM:
Detroit, Michigan

HOW FORMED:
It would be several years before Thornetta would find her true calling as a blues singer. Around 1986, she came across a local blues band called Lamonte Zodiac and the Love Signs, who quickly recruited her as a backing vocalist. Before long, Lamonte split, the band changed their name to the Chisel Brothers, and Thornetta quickly assumed her rightful place at center stage.

HIGHLIGHT:
Thornetta’s awesome vocal prowess is well known in her hometown. She was voted Outstanding Blues Artist in the 1993 Motor City Music Awards, and took home the Metro Times’ Best Blues Vocalist trophy in ’91 and ’92. She opened for artists like Bonnie Raitt, Gladys Knight and Etta James, and sang backing vocals on the last Bob Seger album.

“Shout Out” is Thornetta’s first solo groove for Sub Pop, and once again her colossal talent has precipitated a turning of the tables, this time with Big Chief acting as back-up band for their one-time back-up singer. 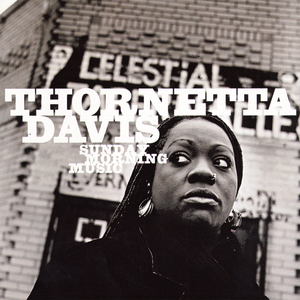