Our old friend Joe Pernice (Scud Mountain Boys, Pernice Brothers, Chappaquiddick Skyline, etc.) will be publishing his first novel, It Feels So Good When I Stop in August 2009. In that book, the narrator, who is not Joe, is in a band called The Young Accuser for a short time. After the fictional narrator leaves this fictional band, they record a fictional song and send it to the non-fictional Sub Pop (they are us). We are releasing the non-fiction version of that fictional single on August 4, 2009.

You can (and should) pre-order It Feels So Good When I Stop here.

The Young Accuser is mostly imaginary, but the people who made the music for this single are: Richie Leonides, Melanie D’Asenzo, Michael Butler, Jape, and Joe Pernice. 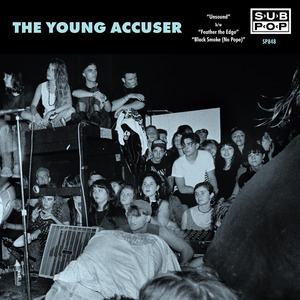