Travel through the desert of pop long enough and, no matter the odds, eventually you’ll find an oasis. And it just might be frozen.

When The Ruby Suns’ main mover Ryan McPhun alighted in Oslo, Norway in the winter of 2010, he knew he’d found an artistic haven. Recently split from his long-term girlfriend and bandmate, on holiday from his adopted home of New Zealand, McPhun was ready for something new.

He’d always been a musical wayfarer, collecting sounds and styles from his travels around the globe, depositing influences and ephemera into three knockout Ruby Suns albums (2006’s The Ruby Suns, 2008’s Sea Lion and 2010’s Fight Softly). In Scandinavia—amidst its icy architecture and sky-high fjords, not to mention the indomitable gloss-pop that’s the region’s leading export—he discovered the inspiration for the album you’re now holding in your hands.

Christopher is an album about starting over, but not necessarily moving forward. It’s a breakup album, but as one listen will tell you, not necessarily a sad one. It’s McPhun’s fourth record for Memphis Industries, third for Sub Pop and first mixed by an A-list engineer: Chris Coady of Beach House, Grizzly Bear, Gang Gang Dance and a zillion more. McPhun spent two weeks at Coady’s studio in New York. Together they polished Christopher to an opalescent sheen, yielding the kind of expensive-sounding, future-leaning ear candy typically in the province of Top 40 radio.

McPhun makes his own brand of pop—accessible and unconventional, ethereal and concise, modern and timeless. In that regard, Christopher is miles beyond previous Ruby Suns records—a high-fi, meta-disco, headphonic roller-skating jam for lovers written and recorded over the course of several years, several world tours and several separate bands.

Whoa, whoa, whoa, you’re thinking. Slow down. First of all, who the hell is Christopher?

Funny you should ask. There is no Christopher. Or rather, the Christopher referred to in the album title is part of an Auckland-based inside joke that we’re on the outside of. To you and me, McPhun explains, Christopher is an idea. A metaphor: He’s that awkward, anxious, hormonal menace you used to be when you were young and foolish and eager for everything.

McPhun found himself embodying that careless youth when he toured Fight Softly with some of his best friends in the band. You hear this story on the bubbly, strutting, central tune “Boy” (which might’ve been the album title if it weren’t already taken by an Irish bar band with delusions of grandeur). It continues in the filtered guitar-and-piano anthem “In Real Life” and the tense heartbreak of “Dramatikk,” in the skittering disco pop of “Starlight” and the haunted arrested development of “Futon Fortress.”

Beyond adolescent tension is resignation and release. The story of Christopher mirrors McPhun’s own coming of age: After a childhood spent in nerdy isolation, hiding away in his bedroom with his guitar while his older sister hosted high school ragers in their parents’ Ventura, CA home; after leaving home and becoming a citizen of the world; after disengaging from the relationship that defined most of his adult life, McPhun has stopped thinking so much and joined the party. “Rush” sets the process in motion, but of all the songs on the album, “Jump In” encapsulates a carpe diem MO: “When you reach the end of the world,” McPhun sings in his tender falsetto, “don’t wanna have no regrets and no penitence.”

Christopher’s opening song—written first chronologically, recorded at a friend’s home studio in Oslo, floating on Nord modular synths and ecstatic dancefloor energy—details McPhun’s inebriated encounter with Robyn backstage at a music festival in Cologne, Germany. “Flower among the leaves is what you are,” he sings, his sheepish grin practically bursting out of your speakers “cold glass of water in the desert of pop.”

Takes one to know one, Ryan. 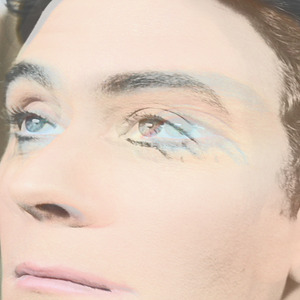