The Rapture was formed in the spring of 1998 by Vito Roccoforte and Luke Jenner. With a keen ear focused toward visionaries such as PIL, Televison, and Chrome, the band quickly formed a reputation across the country, among “those who know” for its energetic, often chaotic live sets; Jenner jumping about like a stilted prat on steroids, while the rhythm section pushed out its patented brand of “sonic deathfuck groove.”

Two records were recorded that fall: an 8-song LP released on the seminal San Diego art punk label, Gravity Records, and a single released on Sonny Kaye’s Gold Standard Laboratories (complete with a cover of the Psychedelic Furs’ “Dumb Waiters”).

Following these two releases, the band took its make-it-fucked-up philosophy on the road, touring with Sunny Day Real Estate, Gogogo Airheart, and Nuzzle.

In May of 1999 the band relocated to New York City. Matt Safer, a recent arrival from Washington DC, took over the bass roles. With a more solid lineup than ever before, the band dove into an exploration of dance and pop music, adding Chic, The Byrds, The Happy Mondays, and Timbaland to their previous influences. 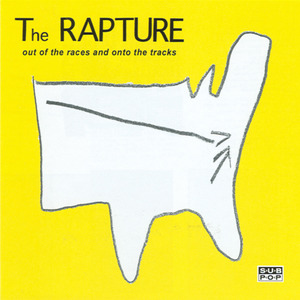 Out of the Races and Onto the Tracks