Wikipedia: The Go Taken from Wikipedia, the free encyclopedia.

The Go is a garage rock band from Detroit, composed primarily of Robert “Bobby” Harlow (vocals), John Krautner (guitar, bass), Marc Fellis (drums), James McConnell (lead guitar), and a rotating cast of other band members, most notably, Jack White (later of the White Stripes), who was with the band from mid ’98 to early ’99.

Their trademark gritty, low-fi-by-design sound probably had a great influence on Jack White’s career with the White Stripes. Only the band’s first album features White as a band member.

Particularly noteworthy is the guitar choice by their current lead guitarist, James McConnell, specifically, a vintage 1970’s Gibson Marauder, rarely seen by in use by most rock bands nowadays. The Marauder was part of a short-lived series of solid-body electric guitars produced in the 1970s. These guitars were an attempt by Gibson to break into the single-coil, bolt-on neck guitar market dominated by Fender. McConnell’s features a potentiometer that allows for any combination of sounds between the trebly single coil pickup at the bridge and the humbucking pickup at the neck. James says that it serves as an all-purpose guitar by offering the “heavy” sound of a Gibson Les Paul through the humbucker pickup, or the cutting treble of a Fender Telecaster through the single coil bridge pickup, while still being fairly lightweight to hold.

*The most current The Go updates can be found @ Wikipedia. This article is licensed under the GNU Free Documentation License. It uses material from the Wikipedia article ‘The Go’ Go. 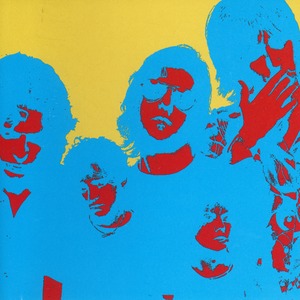