When Sunny Day Real Estate collapsed in early 1995, few would have predicted the impact the Seattle band’s music would still be having over a decade later.

A passion to create uncommonly expressive rock’n’roll fueled Jeremy Enigk (guitar/vocals), Dan Hoerner (guitar/vocals), William Goldsmith (drums), and Nate Mendel (bass) from the earliest incarnations of Sunny Day Real Estate. Hoerner, Goldsmith and Mendel formed the band as a trio in 1992 and went by three other names before settling on the permanent moniker. With Mendel on a European tour with another band, Hoerner and Goldsmith passed the time jamming with Goldsmith’s high-school friend Enigk, who was just 18.

It was quickly clear they’d all stumbled upon something new and exciting. Enigk’s yearning, high-register voice was a direct contrast to Hoerner’s primal delivery, imbuing the music with a previously unrealized level of emotion, and when Mendel returned from tour, it was decided Sunny Day would henceforth be a quartet, with Enigk on lead vocals.

At the time, grunge had turned Seattle into the epicenter of the music industry, making worldwide superstars out of hometown heroes Nirvana, Pearl Jam and Alice in Chains. But Sunny Day forged its own path, deriving a unique sound from its members’ collective talents.

“It was guys that played hardcore experimenting with actually writing songs,” Goldsmith recalls of the band’s early days. “Hardcore is really fast and out of control. There was still songwriting and arranging, but this was a whole new thing, learning how to leave space. We had these melodies that were kind of triumphant; they matched what we were feeling.”

In May 1993, Sunny Day played just its second show ever at Seattle’s Crocodile Café, before a sparse crowd that just happened to include Sub Pop co-founder Jonathan Poneman. He left blown away and determined to sign the band to his label, which he did within a matter of weeks. “The thing that was so emotionally engaging about the music was that the songs were so beautiful and evocative,” he says. “It was a riveting experience.”

Poneman enlisted producer Brad Wood (Liz Phair, Smashing Pumpkins) to produce Sunny Day’s Sub Pop debut, which the band recorded at his Idful Studios in Chicago at the end of its maiden North American tour. Diary was released on May 10, 1994 and, despite substantial rock radio airplay for “Seven” and “In Circles,” failed to appear on any Billboard chart. The band wrapped itself in mystery, granting only one interview (to British journalist Everett True) and distributing a single publicity photo. The critical reception was generally positive (“poignant and painfully revealing,” said CMJ; “a stark, blinding ray of sunshine,” offered Kerrang!).

But it proved a remarkably consistent seller, eventually exceeding 230,000 units to make it Sub Pop’s seventh-biggest release of all time. Mounting critical acclaim, Sunny Day’s maiden TV appearance on The Jon Stewart Show and a fall 1994 tour with Shudder to Think and Soul Coughing kept the buzz loud. Unfortunately, internal tensions were threatening Sunny Day’s existence; the band had essentially stopped practicing, and it would barely last another couple of months.

“The reality for me was that I was young and I had just experienced a major spiritual explosion which brought my life to a screeching halt, then changed its direction,” Enigk says. “The band was already disintegrating and that was just enough for me to make the final call. I think subconsciously I was scared of what would happen if my life became that rock star life. It was a very difficult decision. Looking back, I wish I’d had the wisdom to find a balance.”

Sunny Day had already committed to recording again with Wood in early 1995, but it didn’t have enough brand new material to constitute a full album, provisionally titled LP2. To compensate, the band revisited one song from the Diary sessions (“Rodeo Jones”) and another (“8”) that had already been released on a seven-inch single.

If anything, the new songs were more inscrutable than Diary and also more jarring. Sunny Day had increased its mastery of the soft-to-loud dynamic as well as its ability to pull off seemingly unrelated section-to-section transitions. On “J’Nuh,” a dreamy, low-key start gives way to a chunky, oddly-metered groove and layered vocal exercise, while “Theo B” begins with a gorgeous, chiming guitar melody, but quickly barrels into a demented minor-key breakdown. Lyrics had only been written for a portion of the songs, so Enigk often made up words at random while tape was rolling.

By spring 1995, LP2 was finished, and so was Sunny Day Real Estate. Enigk immediately began work on his first solo album. Mendel and Goldsmith were crushed, but quickly accepted Nirvana drummer Dave Grohl’s invitation to hit the road that spring on his maiden tour with his new project, Foo Fighters. Sunny Day turned the album in to Sub Pop with no title or artwork, leaving the label to figure out how to release a highly anticipated record from a band that no longer existed.

Says Goldsmith, “My attitude was, ‘Well, this should be a representation artistically of the fact that everyone walked away.’ I said, ‘Make the thing pink and put a little fly in the corner.’ That was my weird sense of humor, I guess.”

LP2, forever to be dubbed The Pink Album because of that cover art, was released on Nov. 7, 1995. Like Diary, it never reached a Billboard chart. And, unsurprisingly considering the band had been broken up for months by the time it came out and never toured in support of it, it sold significantly less copies than its predecessor. But its influence has come to be felt just as strongly as Diary, perhaps because listeners who discovered the album later never had a chance to experience the band firsthand.

“A few years after we broke up, people began to cite us as an influence,” Mendel says. “It was flattering, but I didn’t think we were that kind of band. We ourselves would look at Rites of Spring. They put out one or two records, had a short lifespan and didn’t have very many fans at the time. But they left a huge mark. It’s a difficult thing to make that transition and think, ‘Wow, maybe our band is one of those bands too.’ You want to have some humility (laughs).”

In 1997, Sub Pop approached Sunny Day’s members for help in compiling a rarities album. Because there were so few usable tracks, Enigk and Hoerner agreed to get together and write some new material to augment the archival songs, but they wound up crafting an entire new album in a matter of days.

Without Mendel, who remains with Foo Fighters to this day, Sunny Day reunited to record How It Feels to Be Something On, which Sub Pop released on Sept. 22, 1998. A final studio album, 2000’s The Rising Tide, was the last anyone heard from the band until it announced its reunion this summer, although Enigk, Goldsmith and Mendel did team to record a self-titled album under the name The Fire Theft in 2003.

Mendel was the driving force in Sunny Day getting back together in 2009, having first approached Enigk and Goldsmith about the idea two years ago. Says Mendel, “Independently both of them got ahold of me and said, ’I’m not ready to do this.’ So it just went away. But I’d gotten a taste for the idea at that point, so I kept it alive in my own head.”

With the Foo Fighters taking a break, the bassist tried again in early 2009, and this time his bandmates said yes. The quartet assembled in March at Goldsmith’s house in Seattle, and “everybody was excited about the idea of seeing each other again,” Mendel says. “Any problems that had happened interpersonally, people were ready to put aside and have some fun playing the songs.”

Their reunion tour coincided with expanded reissues of Diary and LP2, which were the focus of their live set lists. “There was a time I refused to play Sunny Day songs in my solo shows, because I didn’t think it was fair to the band,” Enigk says. “But the fans desired to hear the songs, and I felt like I had to give something back. To see them excited when I start playing ‘In Circles,’ is an amazing feeling. But it’s not the same playing them without William, Dan and Nate. Now, it’s really exciting to hear the real essence again.” 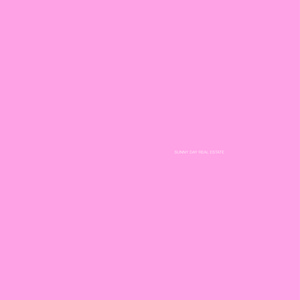