After leaving Dinosaur Jr, (a band he reunited with in 2005), Lou Barlow teamed up in his pal Eric Gaffney in 1988 with the plan to make lo-fi four-track recordings, under the name Sebadoh. The duo made two albums, Weed Forestin and The Freed Man, and released both on cassette, and released Sebadoh III in 1991. Songs on that album were written by Barlow, Gaffney and a new recruit, bassist Jason Loewenstein. In 1993, Eric left and was replaced by drummer and friend Bob Fay, for two albums, Bakesale and Harmacy.

In 2004, Lou and Jason embarked on the “Turbo Acoustic” tour, but in 2007, the three original members of Sebadoh – Eric, Lou and Jason – reunited to play the “Classix” and performing together for the first time in 14 years across dates in the US, Canada and Europe. The setlist drew from a number of tracks off of their classic early-90s discs including III, Smash Your Head on the Punk Rock and the then-reissue of Bubble and Scrape.

In 2011, Jason and Lou set out on a world tour to support the re-issue of Sebadoh’s 1994 album, Bakesale (the band’s acclaimed fifth full-length album). Remastered and re-released by Sub Pop in North America, and Domino Records in the UK, the deluxe version of Bakesale comes filled with b-sides, EP tracks and rareties, plus photos and liner notes by Lou and Jason. There’s also a grey-marble vinyl version.

For the current “Bakesale/Harmacy Remembering Time Tour”, Lou and Jason have been joined by drummer Bob D’Amico, who has played with Jason as part of the Friendly Fires and Circle of Buzzards. As for the future? Who knows. Fingers crossed that the new energy in the band may actually lead to the recording of some new Sebadoh music. Stay tuned. 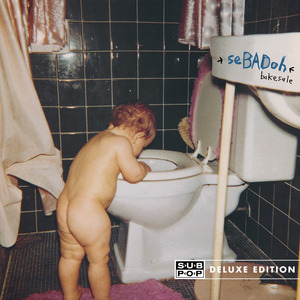