The most important thing to know about the rock trio Retribution Gospel Choir is that they are likely the most physically fit band on Earth. Drummer Eric Pollard is a distance swimmer, and Ultimate Frisbee champion with state basketball credentials. Bassist Steve Garrington also dazzles on the court, but it’s his long-distance running skills that mark him a champion. Alan Sparhawk, who plays guitar and sings, has extensive experience in American football, has been scouted for coaching work and stays fit as a distance trail runner and member of the band Low. Certainly, this trio would destroy any other band in a 10k race, and then still do the gig.

This new record, 2, comes on the heels of the band’s 2008 self-titled debut that was released on Caldo Verde, a label run by Mark Kozelek (Red House Painters, Sun Kil Moon). Since then, Retribution Gospel Choir has toured extensively, including US stints with Wilco and the Meat Puppets. The band was invited early on to play festivals in Spain (Primavera Sound) and the UK (All Tomorrow’s Parties), and were met with hugely positive reactions and invitations to return.

Tracked in their hometown of Duluth, Minnesota, 2 was then mixed by Matt Beckley, an up-and-coming producer from Los Angeles with credits that include Britney Spears and Paris Hilton. What seems like a strange pairing actually resulted in an album that is raw and technologically perverse, visceral and shiny—a true statement of what can be done with a great rock band in the 21st century. Short, inventive pop songs collide with heavy guitar chaos and psychedelia as the record climbs and dives like a twin-engine bomber, all accompanied by a vocal sophistication that’s rare in new music. 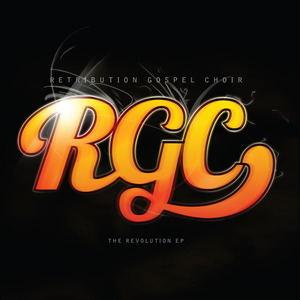