WHERE FROM:
San Francisco, CA

WHERE NOW:
Old Ramon, the sixth Red House Painters album, recorded in the fall of 1997 through the spring of 1998, was intended for release that summer. But the mega-major label merger catastrophe that left hundreds of bands homeless spared few. Red House Painters looked for a brief moment like survivors, but subsequent delays eventually turned into permanent layoff. Old Ramon sat in limbo and grew into legend as another great, lost album only the privileged few would ever properly hear. They’ve unintentionally put the wait back into the term “long-awaited.”

Singer Mark Kozelek kept busy with a series of other projects. He served as producer for Take Me Home: A Tribute to John Denver. As archivist for the 4AD Red House Painters Retrospective album, assembling rarities and live tracks. As solo artist with several tracks on the Shanti Project album, and two albums Rock ‘n’ Roll Singer and What’s Next to the Moon, a collection of AC/DC songs reinterpreted. As live performer, touring the United States, United Kingdom, Spain, Sweden and his first ever shows in South Korea. As film scorer for the independent film Last Ball. And, finally, as actor in Cameron Crowe’s critically acclaimed Almost Famous.

But while playing a musician in a movie—Kozelek appears as the bassist of Stillwater in Almost Famous—was an exciting diversion, it also pointed out the absurdity and irony of the situation. He’d been writing and performing his own music since the 1980s, with Red House Painters since the early 1990s. He was a musician, not just someone who might play one on TV.

With Old Ramon sitting on the shelf, it was like reading a book with a chapter missing. Kozelek had written most of the album throughout 1996 and 1997. There were “Between Days” and “Wop-a-din-din,” written during the months he stayed in Oaxaca, Mexico about his time there and his cat waiting at home in San Francisco; “Cruiser” written on an airplane ride from Los Angeles to San Francisco about a friend he’d met during the John Cale tour; and “Golden,” a song in tribute to John Denver, written and recorded in a single day during December of 1997, just a few months after Denver’s tragic death. “Michigan” and “River” had been road-tested on the band’s previous tour.

The album, in fact, had come together with a good feeling, reuniting the band with their old friend and engineer Billy Anderson, who’d worked on their earlier records Down Colorful Hill and the two self-titled releases (Rollercoaster and Bridge by their covers). Sessions in San Francisco, Mendocino, California and Austin, Texas resulted in several hours worth of music being recorded. The band had spread out and worked up various arrangements for a majority of the tunes. Sadly, a twenty-minute version of “Michigan” fell to the cutting room floor.

But the ten songs packed onto Old Ramon (the title comes from a Spanish children’s book that caught Kozelek’s fancy) well represent the band that will take to the road for the first time in several years with extensive touring throughout the United States and Europe. Once freed from their major label commitments, reputable independent labels bid for the band’s services. This, however, is the album exactly as it was intended—untouched—three years to the month of its completion. Good news: The wait is officially over. 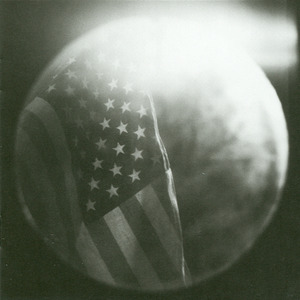