Poor Moon is a band comprised of longtime friends Christian Wargo, Casey Wescott, and brothers Ian and Peter Murray. And Poor Moon is the title of their full-length debut. But before there was a band or a record, there was the music, a series of songs forged by Christian Wargo over a period of several years. That’s one of the things that makes Poor Moon sound so special: this band grew out of the songs, not vice-versa.

“I’ve known Christian for so long, and have loved his songwriting as long as I’ve known him,” says Wescott. The two men previously played together in Pedro the Lion and Crystal Skulls; both are members of Fleet Foxes. For the past few years, he and the Murray brothers had been transfixed by the solo recordings Wargo periodically shared with them. “We wanted to be part of that in some way, to help out and be creative.”

“There was a point where he’d e-mailed us a couple albums’ worth of songs,” Wescott recalls. “There was so much material sitting on iPods and in mailboxes, more ideas than could fit on one record.” Not just simple ditties for voice and acoustic guitar, but a host of thought-out originals with full arrangements that Wargo had fashioned on his lonesome in the Fleet Foxes rehearsal space. Joining forces as Poor Moon allowed the four men to fully realize this music, to record it as it was meant to sound, and eventually perform it live.

Those tasks weren’t as straightforward as they might seem. This isn’t the type of music where you can just throw the players into a practice space, count off the tempo, and viola! “All the little parts that come in and out throughout a song, things that are introduced in the beginning and then return around at the end to tie it all together, those are purposeful and done for a reason,” says Wargo. Unlocking those nuances required time and effort. "It’s not easy to find people who are interested in playing composed music that is intricate but subtle. A lot of musicians don’t have the bandwidth to pay close attention like that.

Thanks to that attention to detail and its affinity for warm, earthy tones the music of Poor Moon can sound deceptively simple. Assorted timbres decorate these ten originals—marimba, harpsichord, fretless zither—but this isn’t everything-but-the-kitchen-sink arranging. Whatever the instrumentation, the sense of choosing the right tool for the job always prevails. Thoughtful, impassioned vocal harmonies further reinforce the myriad musical bonds at play. “All these interlocking parts justify and reinforce each other,” emphasizes Wescott. “The song isn’t just chords, lyrics and a vocal melody. The arrangement is a vital part, too.”

Likewise, the considered manner in which the words and music coexist, often despite seeming incongruities of mood, accounts for the distinctive character of the songs. The stretch between 2008 and the present when they were composed includes some of the most tumultuous episodes in Wargo’s life. The demos were made in a windowless room, by a man subsisting primarily on sweet-and-salty trail mix. Yet Poor Moon handles even the heaviest topics, including death, addiction, and spirituality, with a certain lightness. “The way I deal with those is by drawing attention to the mystery and enjoying the whimsical aspects, but without being cute or precious about it,” Wargo explains.

“There’s often a paradox between what a song sounds like and what we’re actually talking about,” adds Ian Murray.

Hence the band’s moniker. “Poor Moon” is the title of a 1970 Canned Heat single, a quizzical ditty with a ramshackle pop groove and almost childlike use of language that, like many of Alan “Blind Owl” Wilson’s best, was informed by his profound concerns about ecology and the environment. More than just a bit of esoteric trivia, choosing the name Poor Moon underscored Wargo’s songwriting perspective.

Already the foursome is evolving, as evidenced by their increasingly dynamic live shows. “As a band grows, it’s healthy for there to be more collaboration,” concludes Wargo. “But collaboration isn’t something that comes instantly. You have to define your aesthetic, and develop this musical language with each other that allows you to communicate. That requires a strong foundation, a jumping-off point.” And that’s exactly what the songs captured on Poor Moon have turned out to be.

Poor Moon was produced and recorded by the band at Highland House, Fastback Studios and Avast! in Seattle, Washington. The album was engineered and mixed by Jared Hankins and mastered by Bernie Grundman (Michael Jackson, Queen, Prince). 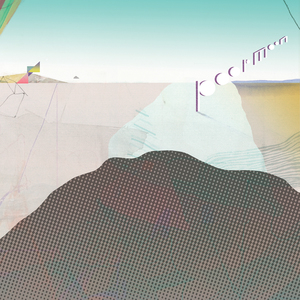