WHERE FROM:
Portland, Oregon

WHERE NOW:
Christopher Brady of Pond and Steven Birch of Sprinkler are both now playing in Audio Learning Center on Vagrant Records.

HOW FORMED:
Chris and Charlie are both former residents of Juneau, Alaska. They moved to the city of roses to rock with the big kids. Dave was once a scientist. He hails from Boring, Oregon (really!).

HIGHLIGHT:
Pond’s performances at the 1992 New Music Seminar got ecstatic reviews in the British press. The band had full-page features before they released a single song. Their debut single, “Young Splendor/Tree” on Portland’s Tim Kerr Records gained wide recognition, including Single Of The Week in Melody Maker. Pond released the “Wheel/Cinders” 7-inch on Sub Pop in November 1999.

“We just wanted danceable, driving drums, and lotsa melodies and hooks, and it all seems to come out murky and thick.” 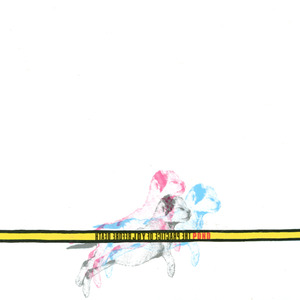 The Practice of Joy Before Death