Multi-instrumentalist and home-recording phenom Emil Svanängen lives in Sweden and he makes records and plays shows under the somewhat inscrutable name of Loney, Dear. In either his tiny Stockholm studio apartment or the basement of his parents’ house, and with a dedication bordering upon manic, Emil discreetly builds Loney, Dear songs using a modest home studio set-up. In this way he has recorded and then released himself on CD-R four albums in the last two or three years. He has managed to sell several thousand of these, pretty much on his own. The music of Loney, Dear has been aptly described as, “soulful indie folk with a powerful mini orchestra.” Layer upon layer, adding instrumentation and vocals, these songs seem to bloom like time-lapse photography, depicting glimpsed scenes of modern disaffection and timeless yearning. When performing live, Loney, Dear becomes the band Emil conjures alone in his home studio, and mutates into a full, five-member band complete with guitar, sax, drums, organ and clarinet, shouts and claps. Loney, Noir is the most recently recorded Loney, Dear album. It is at once effervescent and resigned, exhilarating and melancholy, joyous and confessional. And we are under its spell. 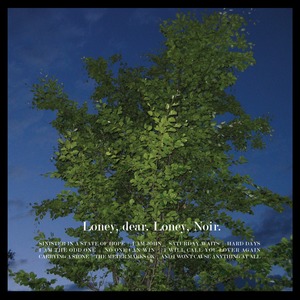