What awaits you when the needle drops on Dereconstructed, the new album by Lee Bains + The Glory Fires? Nothing less than pure fucking heaven, that’s what.

Consider the record’s opener, “The Company Man.” It revs up with a riff sleazy enough to clog Rod Stewart’s stomach pump as an incantation that only a Yellowhammer can truly understand is bellowed and then screamed. Before you know it, the joint is hotter than a Birmingham soaking pit while you, the listener, are reminded, lest you forget, don’t ever trust the company man.

Dereconstructed is a careening, road raging, all night party of a record. Informed by a distinctly southern hoodoo, it is a master class in authentic Gulf Coast choogle. Having cut his teeth in the Dexateens, Lee Bains lll has been properly schooled in how to throw down, so much so that even his hyper literate musings are no match for the blown out distortion that gives this record its blistering urgency.

Songs like “The Kudzu and the Concrete,” “Dirt Track” and the roaring, blissfully shambolic title track could be anthems looking for a stadium, but they’re also reminders as to why Lee Bains + The Glory Fires are such a formidable party machine. If your hometown is graced with a scuzzy dive and a few warm bodies to populate it, you’d best believe that the Glory Fires have been there, or are on their way back.

Dereconstructed is Lee Bains + The Glory Fires’ debut for Sub Pop Records. It is preceded by the band’s actual debut, There Is a Bomb in Gilead, on Alive Natural-Sound Records (2012).

Dereconstructed was produced by Tim Kerr, and engineered by Jeremy Ferguson at Battle Tapes, Nashville, TN.

Lee Bains + The Glory Fires will be featured performers at the 14th annual NONCOMMvention, hosted by WXPN in Philadelphia, PA, May 14 - 16, 2014. This performance will be followed by extensive touring, radio sessions, and in-stores throughout North America. A late-summer European tour will be announced shortly.

Lee Bains + The Glory Fires are:

The band resides in Atlanta, GA and Birmingham, AL. 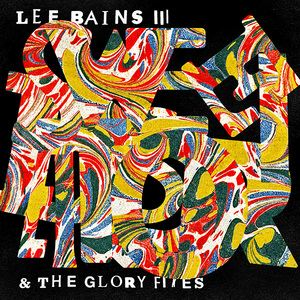