Represented by the prestigious record label Secretly Canadian, Le Ren (moniker of Montreal-based artist Lauren Spear) was introduced to US audiences last year when she opened for Orville Peck on his national tour. This summer she released her debut EP “Morning & Melancholia”. Lauren has studied folk and bluegrass going back to her early teens, partaking in workshops all over North America. Growing up on Nexwlélexm/Bowen Island, she was raised on the holy trinity of John Prine, Joni Mitchell and Bob Dylan. Their curious, deadpan and cosmic approach to life’s most brutal swipes feed Le Ren’s sensibilities, and her own lyrical couplets are as simply put as they are devastating. 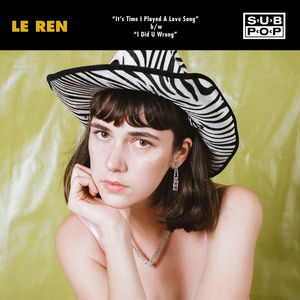