The Sub Pop Singles Club Vol. 6 release “Abstract Blues” b/w “Slow Boy” is the first collaborative music release by longtime friends Kim Gordon and J Mascis. A-side “Abstract Blues” was originally written and recorded in 2020 for SMooCH, a benefit for Seattle Children’s Hospital.  Fred Armisen plays bass and the trio made a video to go along with the song.

A couple of years before they ended their reign, J cut a solo album called Martin + Me. Recorded live and acoustic, the record allowed the bones of J’s songs to be totally visible for the first time. Fans were surprised to hear how melodically elegant these compositions were, even if J still seemed interested in swallowing some of the words that most folks would have sung. Since then, through the reformation of the original Dinosaur Jr lineup in 2005, J has recorded solo albums now and then, when he had songs that were suited to acoustic (or at least relatively toned-down) performance. And those album, Sings + Chant for AMMA (2005), Several Shades of Why (2011) and Tied to a Star (2014) and Elastic Days (2018) had all delivered incredible sets of songs presented with a minimum of bombast and a surfeit of cool. 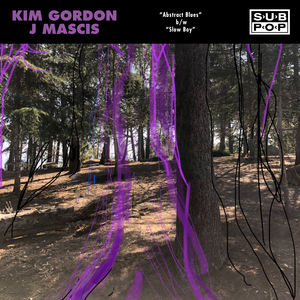